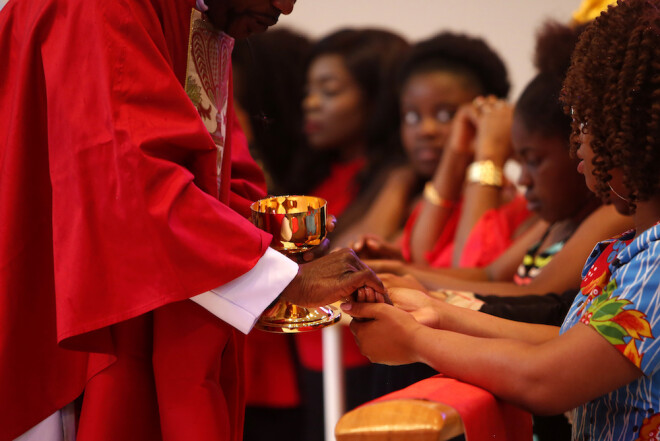 The Structure of the Liturgy 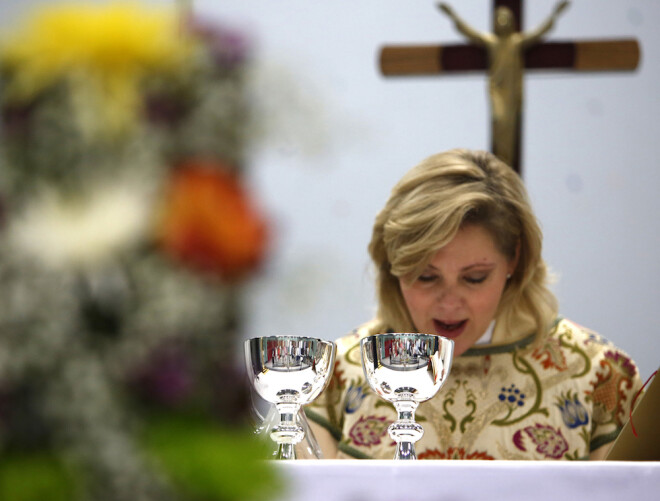 When we think of the Eucharist, we think first of the meals in the Bible’s story: Passover, the sacrifice of the Temple, Jesus’ sitting down with sinners, the feeding of the 5,000, the last supper, where he called the bread and wine His own body and blood.  Our meal is to be understood in this lineage of meaning.

But we may especially think of the story of the road to Emmaus, itself a resurrection appearance (Luke 24:13ff.) There first the personal presence of Jesus Himself is linked to the first meals of the Christians, and in a way that is directly parallel to the manner in which we worship today.  He comes alongside the walks with them. They both perceive Him and don’t, since they are heavy with their own grief and preoccupation. But first He explains how these things had to come to pass, and so how His death fulfilled what was spoken in Scripture.  This is what the liturgy of the Word, the reading of Scripture and its explication in preaching continues to do.  And then we retell the story of His death for our salvation as we bless the bread and wine.  Their (our) eyes are opened.  We recognize and are fed by his personal presence specifically in this meal. This corresponds to the Liturgy at the altar, the Great Thanksgiving, also called ‘the offering’ (of praise and thanksgiving as we pray over the elements, called the ‘anaphora’ in Greek). The two parts of the Emmaus event are still found in the celebration of the Eucharist every Sunday.

There are various prayers used at the Altar, found in our BCP. Cranmer emphasizes that these may be changed from time to time so that they remain comprehensible to us the hearers. (For a similar reason he insists on the use of the language of the people).  But it is worth noting that a famous scholar of the Eucharist named Gregory Dix several generations ago insightfully identified for ‘actions’ in the Eucharist. As at the last supper Jesus ‘took bread, and after blessing it, broke it, and gave it to them…’ (Mark 14:22), so the liturgy has a ‘shape,’ in which the elements are presented, the prayer is said by priest and people, the bread is broken (‘fraction’ in Latin), and given out. Doing these same things is how we ‘remember,’ as Jesus commanded us, not only in our minds, but with our hearts, souls, wills, as His people.

Loving, serious, and joyful attention to the liturgy then must always be attended by a lively sense that it subserves our recognition of the risen Lord’s personal presence in the sacrament as a whole.