April 25, 2019
in D: The Sanctuary II: Who is God? The Trinity, divine attributes, election, grace 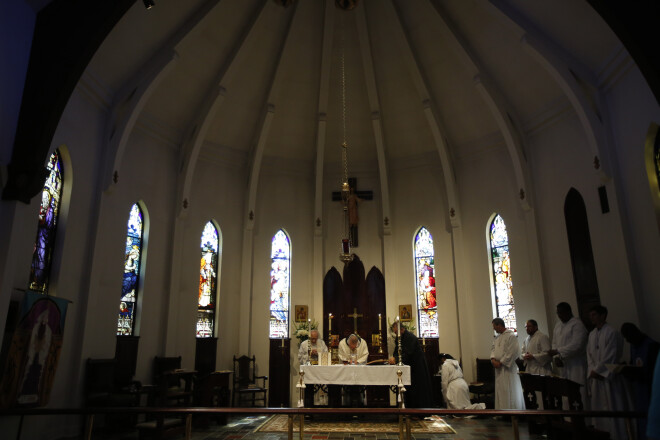 God calls His people, and in doing so He creates them as a people and gives them a purpose. This choice, not just for their advantage but for His purpose for creation, is what we mean by ‘election.’ However this does include His gift of salvation to the faithful.

Think of it this way. On the one hand we cannot save ourselves. On the other, what He wills come to pass. As a result we can say that it is only by God’s election that we come to be saved. This does not mean we don’t have a role, which God also gives to us. This also opens the question of election to eternal loss - here too it is God who allows us to be left to our own devices. The important emphasis is on His loving purpose for His creatures. These questions provide the bridge to matters having to do with the human person and the Christian life.

It is often helpful to remind ourselves what is not being said. Grace says we don’t have the power to save ourselves, nor are we partners with God in the effort. This is a core message of Paul, reiterated famously in the early 5th century by St. Augustine in his writings against the British monk Pelagius. Secondly God has the power to oversee history, including our beginnings and our end. (But as we have already said about His grace and our freedom, He has the power to work in and through our broken selves as well as upon us. Election displays how His agency is greater than ours in just this way).