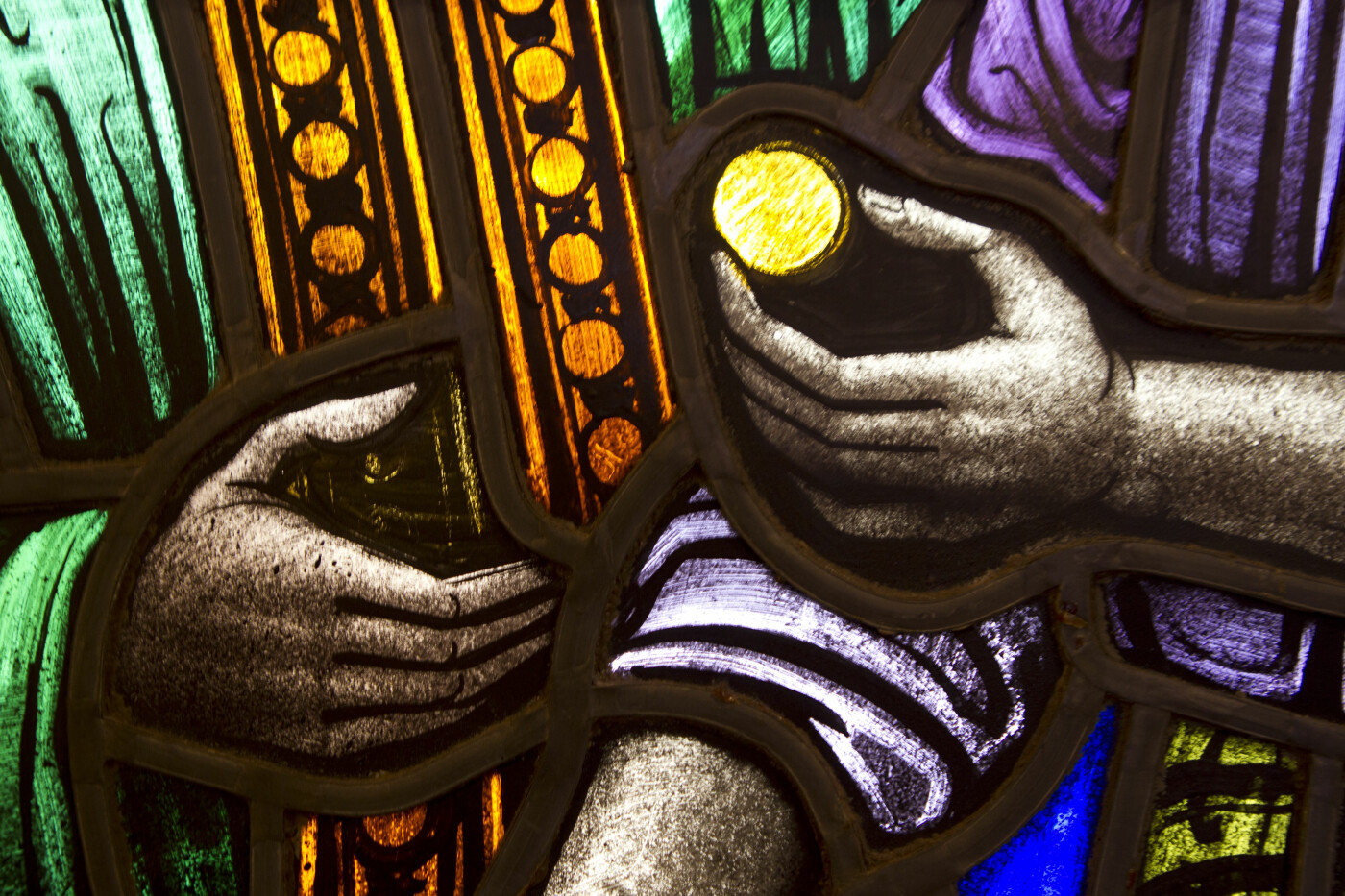 The Rev. J. Wesley Evans provides an Instructed Eucharist to offer deeper explanation of different parts of an Episcopal service, including history and purpose. Sometimes these teaching services are offered in "real time" during a service. We have edited these into a series and are offering the first three installments with more to come next week.

Gateway of Grace sponsored a prayer vigil for refugees, which was hosted by Church of the Incarnation. In early February, 360 Christian leaders, pastors, and lay people from across denominations gathered at the Ascension Chapel of Incarnation to pray for refugees and seek God’s face in the midst of a complex and difficult situation. Many thanks to our clergy and Bishop Sumner who participated in the event, Church of the Incarnation for hosting, and St. Andrew’s, McKinney for the beautiful reception. Our Bishop, priests, and pastors from Episcopal, Anglican, Baptist, and Bible church traditions led the congregation in prayer and in that, gave us a glimpse of the priestly prayer of Jesus, “ Let them be one as you and I are one so that the world may know that you have sent me.” Other clergy from Presbyterian and Lutheran traditions as well as missionaries from different groups led the small groups prayer.

A thirty day prayer guide for refugees is available on Gateway of Grace website as well as our Facebook page as a resource for individuals and churches.

You may wonder why we should pray for refugees?

As you may know may family and I came to the U.S. as asylum seekers and our lives were transformed by the love of Christ manifested through a church. When I look at a refugee, I see myself and realize that Christ died for that person just as much as he died for me. I realize that person has the potential of becoming the messenger of the Gospel as well. As a minister of the Gospel, I know that our response as the Church differs from the humanitarian agencies. Let’s look at what we are facing.

How does the church respond to this crisis and How does this response differ from the response of governments and humanitarian agencies?

A Christian who struggles with the presence of refugees asked me a few days ago, “why should we take them in? Saudi Arabia has resources and space, why don’t they take them in?” The short answer to this question is that while God can use anyone, only the Church is indwelled by the Holy Spirit and has the vocation of being the presence of Christ to the broken world, that is you and I and this is in our DNA as the Church. The leaders of Saudi Arabia do not have the Holy Spirit living in them and don’t have the same vocation as the Church does.

In the Anglican tradition, at our baptism we are asked if we strive for justice and peace among all people and respect the dignity of every human being. That is the same dignity that in Christ is fully redeemed. That is the same dignity that has been stolen from refugees by war, famine, horrendous circumstances, and ungodly governments and groups. The Church has the vocation and the power of the Holy Spirit to help restore their dignity in the name of Christ.

The Bible is packed with passages about serving the poor, the oppressed, the orphaned, and welcoming the refugee and the stranger. And in doing so, the goal is so that, as Acts 17 says, they may seek God and some may find him and be restored in Christ into the fullness of God’s image by the power of the Holy Spirit.

These are hopeless times for refugees and difficult times for those who care for them. What do we do as Christians? We pray, in that we acknowledge that only God can change the circumstances of refugees and bring them hope. Only God can see beyond political situations and can direct and guide our leaders. Only God can give us understanding beyond our own and help us take positive actions that are faithful and helpful. And, only God will save us all ultimately and brings all things under the subjection of his Christ. God is ready to do all that and direct the Church to serve refugees and guide us to be His light in this dark situation. So we pray.

Posted by The Rev. Dr. Samira Izadi Page with