The Rev. Jordan Hylden, Canon Theologian for the diocese, has earned his Th.D. from Duke University. Shortly after learning his dissertation had been accepted and he had graduated, his second son, Donald Grady, was born. Congratulations to the Rev. Canon Dr. Jordan Hylden on both accounts! Below is Hylden's note about his  work in the doctoral program. 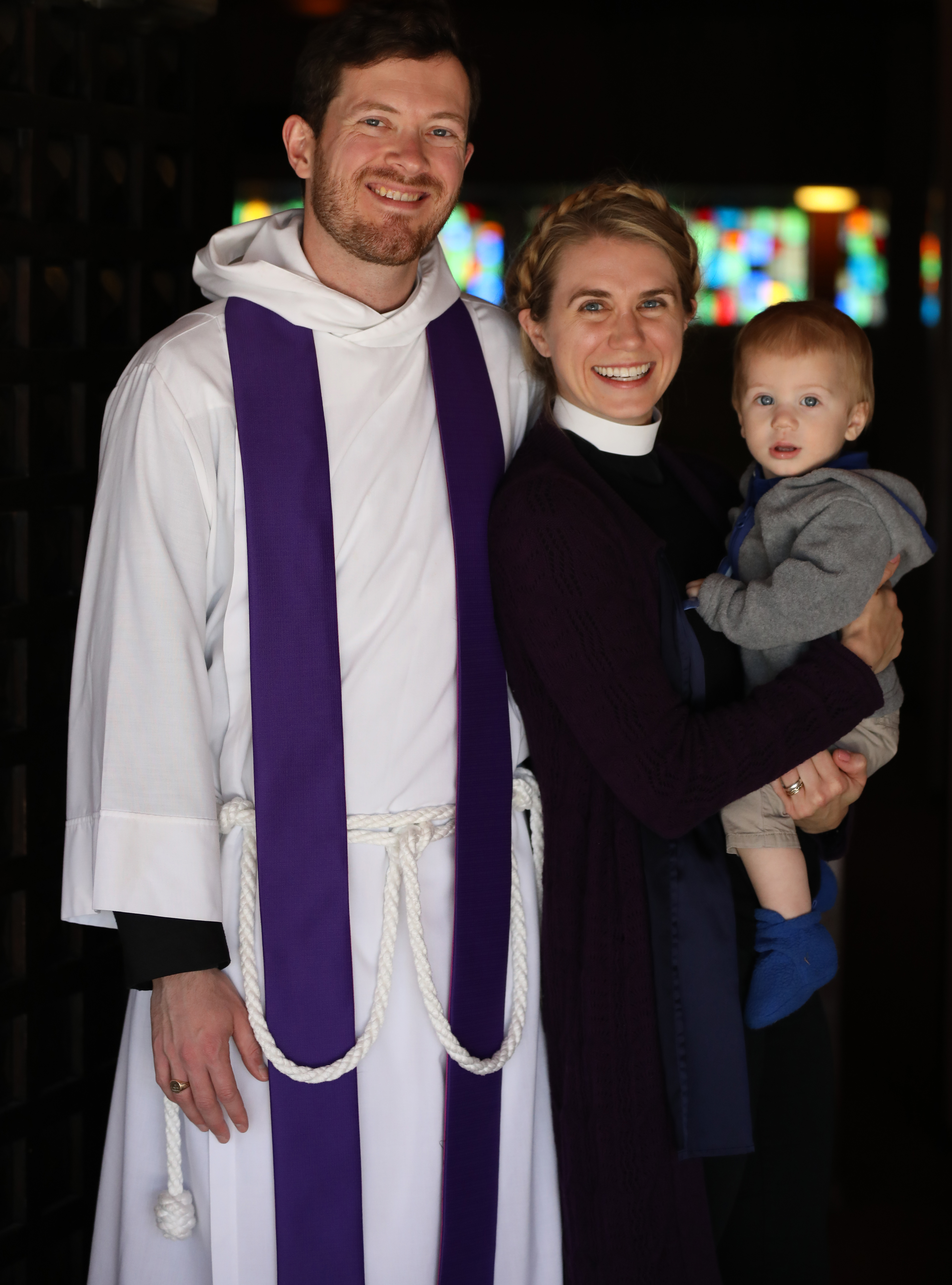 My dissertation began with a question: Is civic democracy compatible with orthodox Christian tradition?  That may sound like a question with an obvious answer—yes!—but historically, that has not always been so.  For hundreds of years, the Christendom era, the church and the state were not separated like they are in the US, and democracy was rare.  Into the 19th century and even early 20th century, many Catholic thinkers saw democracy as bound up with the violently anti-Church legacy of the French Enlightenment, and hoped for some kind of restoration of Christian monarchies.

The historic conflict should force us to take seriously the possibility that the answer has been “no” all along, as no doubt some of our loyalist Anglican forebears thought when they fled the new United States for Canada after the revolution!

I chose a figure to examine who took the question seriously, but ultimately answered “yes,” from within a careful examination of the Catholic tradition.  My subject, Yves Simon, was a Frenchman who fled his country before WWII for the US, and while here taught at Notre Dame and the University of Chicago.  His most well-known work was on the nature of democracy and authority, and he wrote as a Thomist and a disciple of the famous scholar Jacques Maritain.

In a nutshell, he thought that democracy didn’t mean the rejection of authority for individualism, which if it were true would place the Catholic tradition into real conflict with democratic forms of government.  What couldn’t be allowed was a conceptuality in which the individual alone is sovereign, with no authority beyond the self, and no genuinely common goods that we share.  God made us for communion, after all!

Democracy, he thought, should be understood as a form of authority in service of the common good.  That didn’t just mean ‘collectivism,’ either—the common good of civic and social life is only good if it allows for genuine autonomy and initiative.  And Simon put his money where his mouth was, doing his part to resist the rising tide of fascism in early 20th-c Europe by writing a number of books and articles, criticizing authoritarianism and supporting movements for political liberation.  (Suffering from lifelong health problems, he wasn’t able to fight in the war, but he made use of his pen—and a sharp weapon it was!)

Simon aimed to create a more lasting postwar foundation for democratic freedoms than he thought either political liberalism (cf. Locke, Hobbes, Rousseau) or a restoration of Christendom politics could provide.  I see him as representing a sort of road not traveled in the past 70 years, with much wisdom for the trials and tribulations of our current democracies in the Western world.

I’m told this is the last dissertation supervised by Stanley Hauerwas—a somewhat dubious honor, since it just took me so darn long to finish!—but I’m deeply grateful to have worked with him, and learned all that I could.  I also owe thanks to Canon Victor Austin, whose book Up With Authority got me interested in Simon on this subject.  My biggest thanks goes to my wife Emily, who took on far more than her share at home while I was holed up writing.

No idea what I’ll do next—go to Disneyworld?

More seriously, I love teaching and presenting in churches, and I’m glad to have more time now to get out and about and share some of what I’ve learned with the church… if anyone is interested, that is!  I’ve already done so at a few area churches, actually, and I’d be glad to do more in our diocese—just let me know.