The World is Our Parish: Diocesan Convention 2019

The theme “the world is our parish” echoed throughout the day during the 124th Diocesan Convention with music in English, Spanish, Igbo and Dinka languages, a sermon by the Rt. Rev. Todd McGregor,   bishop of Madagascar, the celebration of a new mission church, St. Philip’s Sudanese, and the announcement of a new mission station, Grace Community, a group that worships in English, Farsi and Arabic.

“The world belongs to God, though the world does not acknowledge Him, and so His world has to be the scope of our ministries as His servants,” the Rt. Rev. George Sumner told the delegates during his address. Sumner went on to say there are many ways we can let the world be the scope of our ministries as His servants. “We are highlighting a clinic for the undocumented, a drive to fight human trafficking, tutoring, a vegetable truck, outreach to traumatized veterans and so on.” Sumner said that we need to connect outreach and communion together. “Our calling as Christians to the world includes outreach to the world in its trouble and suffering, and it includes our oneness with our fellow Christians in this divided and angry world.” 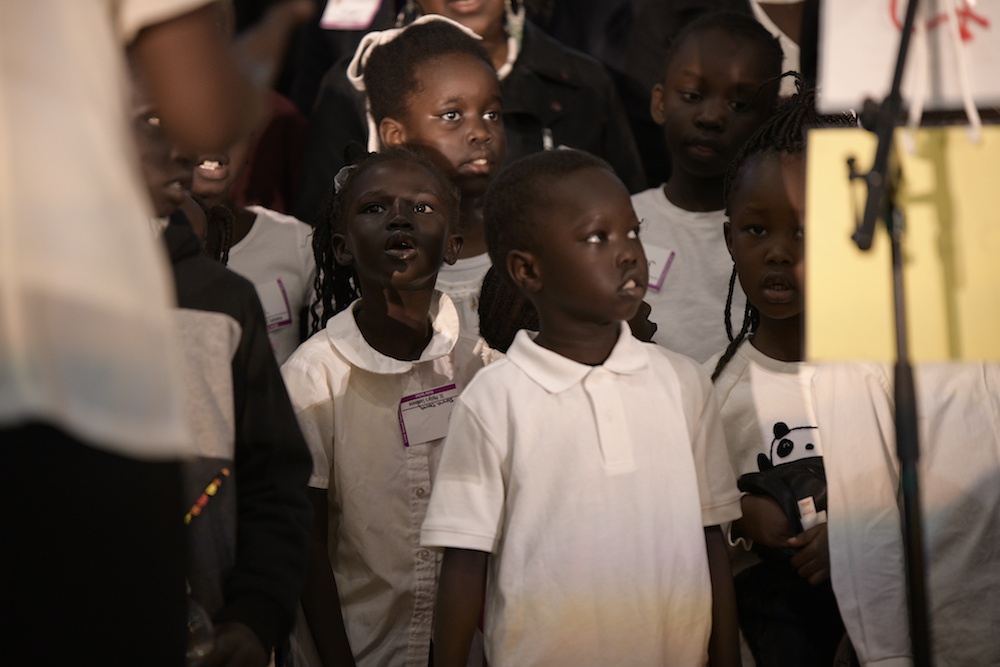 Convention attendees celebrated the announcement that the Sudanese congregation, St. Philip’s has been given mission status. The church worships at Church of the Ascension in Dallas. The Vicar, the Rev. Deng Pager, spoke about the difficulties and faithfulness of the “Lost Boys and Lost Girls” who lived through war, in refugee camps and traveled to the United States where they found acceptance in the Episcopal Church. “We came with only a bag,” he recalled when they arrived in 2001 on the doorstep of Ascension. “We had nothing, we were strangers, they opened the door to the church, their houses, their heart," he said. "A couple of Lost Boys became families.  Now you see the children, you can see the wives, we are a community today. God protected us to see this day.”

As tradition, the convention heard from a youth speaker, Aguer Atem Deng, who attends St. Philip’s in Dallas, speak about her love of Jesus Christ and how He has helped her through challenges of her grandfather’s illness and other difficult times. 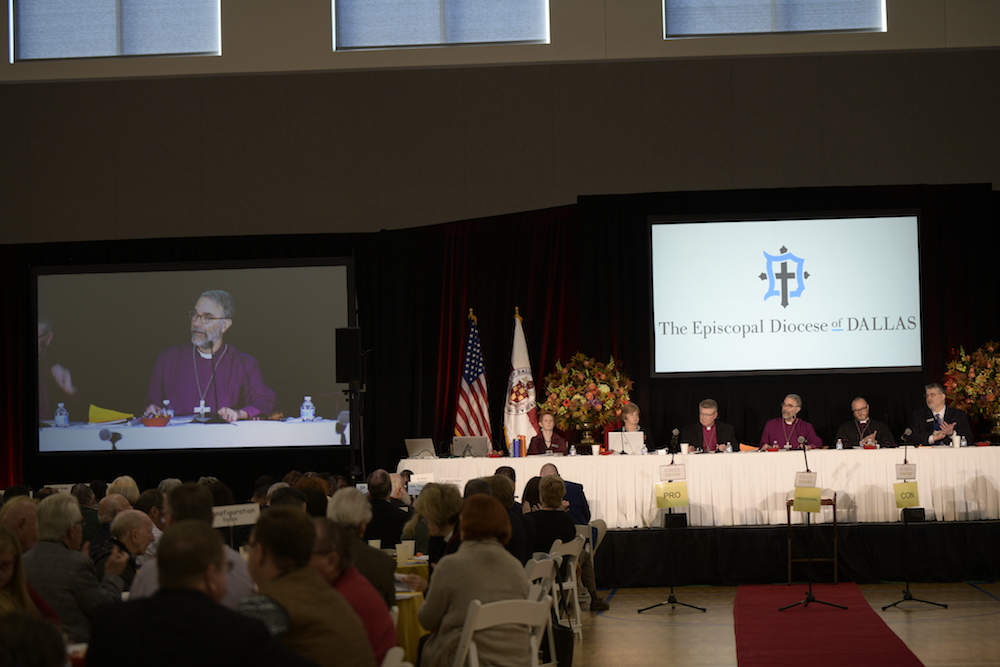 The convention was kicked-off with a worship service, including a homily, by McGregor, which focused on the importance of prayer and evangelism. “We have the opportunity to share the good news of Jesus Christ, we have an opportunity to pray for people who are sick, and trust in the Lord that He will do something in their lives,” he said. We need to go to the places where God calls us, he added.

The Rt. Rev. Michael Smith, highlighted the role of the Communion Partner Bishops and announced the second Radical Vocations Conference in Dallas in 2020. The Communion Partner Bishops sponsored the recent theological colloquium at Lambeth Palace titled, “God Wills Fellowship” in anticipation of the 2020 Lambeth Conference. “We continue to work for an ecclesiology in the Anglican Communion that views “church” as larger than any one national manifestation and calls for communion-wide discernment of controversial matters,” he said. “We still believe that Anglicanism has the potential to be one of the most vital vehicles of the Gospel of Jesus Christ in our world today.” 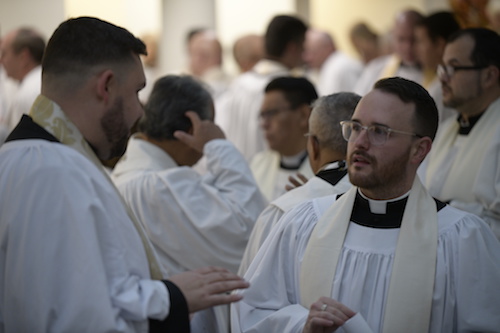 The 2020 financial budget was also approved. Diocesan treasurer Mary Sonom said theological development and special ministry was up 29 percent due to the Canon Theologian moving to a full-time position in order to take on more responsibilities. Episcopal Church Ministries are up 37 percent due to an increase in support for the broader Episcopal Church. The ecumenical and diocesan commitments are down 35 percent due to the commitment by St. Matthew’s Cathedral to meet its full assessment. “The 2020 proposed budget continues to reflect the priorities of the diocese: congregational support and development, clergy development, and church plants,” she said.

Here are the election results:

Secretary to Convention:  Bob Buchanan, Saint Michael and All Angels

Since the last convention:

The following were ordained deacon:

New to the diocese, canonically resident or received into TEC

The Rev. Jonathan Melton; Holy Trinity by the Lake, Heath

The Rev. Bob Scott; St. Michael and All Angels

Corporation of the Diocese, nomination to a five-year term ending in 2024

Audit Committee, nominations to a one-year term ending in 2020

Commission on Ministry, nominations to a three-year term ending in 2022

Commission on Episcopal Schools, nominations to a three-year term ending in 2022