How Does Sin Have Power Over Us? 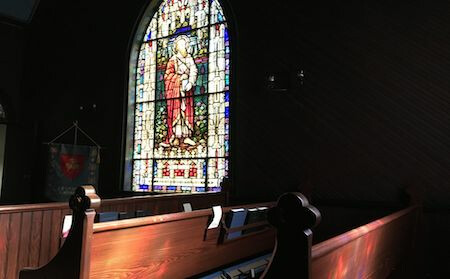 We have escaped like a bird from the snare of the fowler" (Psalm 124).

I was recently asked: "What do you do in your spare time?" This simple question stumped me. "Spare time?" I thought. As a parent of three small children, "spare time" is as foreign to me as the varieties of caviar or the rules of cricket. But, wanting to answer the question, I took a quick introspective inventory of how I spend my time. Without giving it too much thought I blurted out: "I read children's books."

As a boy I didn't read much. I was too busy doing other stuff--those out of fashion things that boys used to do like climb trees, shoot BB guns, and throw dirt clods. One of the benefits of having children is that it allows you to relive parts of your childhood, which you may have missed. For me, this means that I get to read lots of children's books. We recently finished probably the most well known work of children's literature, at least in Christian circles. If you guessed: The Lion the Witch and the Wardrobe by C.S. Lewis, you are right. For those who have read Lewis's story (or seen the Disney movie), the Christian metaphor is quite obvious. The White Witch has cast a malignant spell over Narnia, manifested in an unending and joyless winter. Or, in the words of Mr. Tumnus, it "was always winter and never Christmas.”

But as the story progresses things start to slowly get better. Aslan's arrival pushes back all that is bad in the world. The result is a quick thaw. The snow melts, the flowers bloom, fragrant aroma fills the air, and most importantly, Christmas is restored! In short, Aslan starts to "put all to rights," as Mr. Beaver described it.

Lewis's story is instructive for how we think about sin and it's power over us. The solution to Narnia's problem is similar to the solution to our sin problem. In both cases, in order for the curse to be broken, atonement had to be made. Aslan broke the witch's hex over Narnia by dying in place of another, just as Christ died in our place. In doing so, Christ set us free, just as the Narnia and its creatures were liberated. This is good news for those of us who identify with Jesus. It means that we no longer need to serve the old master--because we now serve the true and rightful Lord. That's what Jesus's death did for us, just as Aslan's death did for Narnia. In the words of Eugene Peterson's translation of Roman 6, "We’re out from under the old tyranny."

And yet, while Christ has ended sin's dominion over us, the reality is that we still live in a messy and broken world. Not all has been "put to rights." If you don't believe me, look around; or better, look in the mirror! We all know something about sin's presence. Most of us, for example, have seen loved ones suffer and die; have experienced broken relationships, or failed to love God with "our whole heart” or “our neighbors as ourselves." So, we find ourselves living in sort of a tension between two realities: that Christ has done away with sin's dominion--we are free(!), but also the remaining presence of sin. True, sin no longer has power over us, but it's still at hand; God still has work to do.

I have found Oscar Cullmann's WWII analogy from his book Christ and Time helpful in making sense of this tension. Cullmann points out that when the Allied forces secured the beachhead at Normandy (D-Day) in June 1944, the fate of the war was decided. The war was essentially over. And yet, there was still a battle to be fought. While the German dominion over Western Europe had been shattered, it wasn't until May 1945 that the fighting would end (known as V-Day). Applied to the Christian narrative, the death and resurrection of Christ secured victory over sin and death. It was decisive and it brought sin's dominion to an end. But Christians, while no longer slaves to sin, are left to deal with its presence; they are at war with it. Using Cullman's analogy, we might say that the Christian lives in between D-Day (the cross), and V-Day (when Jesus returns to bring to full restoration).

So the question: "How does sin have power over us?" is not a question that a Christian need to ask. This is because the Christian has been set free from sin's rule. Perhaps, a more apt question might be: "How do we live with the presence of sin?" And to this, the answer is found in the same place (or rather person), Jesus. Jesus secures the benefits of salvation for us through his death and resurrection. But, the benefits of Christ's atoning sacrifice are only made effectual to us by virtue of our being engrafted into Christ. This is something that theologians refer to as union with Christ. Union with Christ is simply our connection with Christ, by which we enjoy all the benefits of salvation. It is sort of an all-encompassing idea and the key to understanding how the gospel changes us. On this matter, John Calvin is especially helpful. Writing about the Christian's participation in Christ, Calvin makes the point that

As long as Christ remains outside of us, and we are separated from him, all that he   has suffered and done for the salvation of the human race remains useless and of    no value for us. Therefore, to share with us what he has received from the Father,          he had to become ours and to dwell within us….We also, in turn, are said to be       engrafted into him.[1]

Calvin’s basic idea is that for sin to be properly and fully dealt with, we need more than liberation. We need to be connected to Christ through spiritual union. This spiritual connection with Christ is the source of our sanctification. Or, as Karl Barth described it, "In ourselves we are sinners, but in virtue of Christ's solidarity with us we are now, in him, exalted to fellowship with God, turned from our evil way, and made obedient saints and covenant-partners."[2] Barth's point, along with Calvin's and St. Paul's, is that our being grafted into Christ is the conduit through which we partake in the benefits of salvation.

With the risk of stretching the analogy too far, Lewis's Narnia is once again instructive. After defeating the White Witch, there is still work to be done. Much of Narnia is still unwell. Aslan and his followers must continue working to bring full restoration to that which had been blighted. In one scene toward the end of the story we see Aslan reviving creatures who had been turned to stone by breathing on them. The Christian analogy of course is found in the Holy Spirit, the breath of life, which is also a sign of our spiritual union with Christ. This is good news because it means that restoration and change is possible. But it also means that there is redemption that needs to take place. Perhaps most importantly, it means that there is hope for us and for our world. Christ who has liberated us from sin, will continue working in us until that work is complete. "Christ in us, the hope of glory" (Colossians 1:27).

Posted by Alexander Graham with