What is Meant by Messiah? 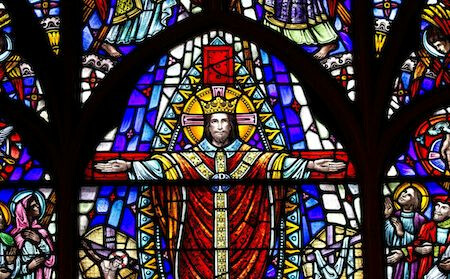 These days, messiahs are everywhere. Athletes have been called “messiahs” for their various sports teams and cities. Candidates have been considered “messiahs” for their political parties. Numerous religious figures have even proclaimed themselves to be messiahs. And they were, at least under the broad definition allowed in the Merriam-Webster dictionary that anyone who is “a professed or accepted leader of some hope or cause” is a messiah. Do you want to be a messiah? Just declare yourself the leader of some (presumably hopeless) cause and there you go…instant messiah!

However, to use the term in this way is to cheapen its historical meaning. Messiah isn’t a synonym for savior, and both of those terms have loftier origins in our religious heritage. To re-discover what is meant by messiah, and ultimately Messiah with a capital M, requires some word study of the Hebrew mashiach in the First Testament and some discussion on the development of that idea in Judeo-Christian thought.

A mashiach can be anything or anyone that is smeared by the applying of oil or, in some cases, with a dye or paint. This is the noun form related to the verb mashach, which is the act of applying, or anointing, of something with the liquid. The earliest usage of mashiach in Scripture is found in Genesis 31:13 where God refers to the pillar that Jacob had anointed following his vision of the ladder (28:18). As with Jacob’s pillar (altar?), most objects that were anointed were used in worship, including grain offerings, the Ark of the Covenant, the tabernacle, and the altar itself.[1] Exceptions to this are rare, but include shields and homes.[2] All of the people mentioned as having been anointed were either a prophet, priest, or king.[3] Notably, each of those positions has a unique relationship between God and the people to communicate God’s word, to intercede between God and his people, and to be the ruler to be the exemplar of living a Godly life.

The idea of a future mashiach for Israel was rooted in the anointing of the kings, especially David, and the promises made to Israel regarding the restoration of the Davidic kingdom. This hope is based most strongly on the promise made to David in 2 Samuel 7 that God would “establish the throne of his kingdom forever” (vv. 13, 16). However, the term messiah itself is little used after the Psalms, with the notable exceptions in Daniel 9, Habakkuk 3, and Isaiah 61. Isaiah describes the anointed one as bringing restoration in many ways and of being clothed with salvation, but none of them directly link mashiach to the expected Davidic king. The attachment of Messiah to this future Davidic king is one of extension through the practice of anointing kings as recorded in Kings and Chronicles.

Isaiah and Jeremiah point to the root/branch/shoot of David as a future king who will be filled with God’s spirit, reign justly, save Israel, kill the wicked, and bring peace to the whole earth. Isaiah further describes this bringer of justice as God’s servant (42:1). However, through linking Isaiah’s servant passages, we also see this servant as the one who brings salvation to the entire world (49:6), and yet one who suffers and is killed, bearing the sins of the people (52:13-53:12).

So what is meant by Messiah? An anointed one…the hope of not only Israel, but of the entire world. A king who will bring justice and yet someone who will be outcast and slain. Our normal conceptions of a man descended from David cannot bear such a dichotomy, so the Messiah must be no mere man. So who is the Messiah? That is the question for next week.

[3] The only prophet recorded as being anointed is Elisha in 1 Kings 19:16, but it is reasonable to think that other prophets may have been anointed. Jehu is the only Israelite king of the divided kingdom that is mentioned as being anointed, however, Cyrus of the Balylonian captivity is also called God’s anointed one (Is 45:1)

Posted by The Rev. Andy Johnson with