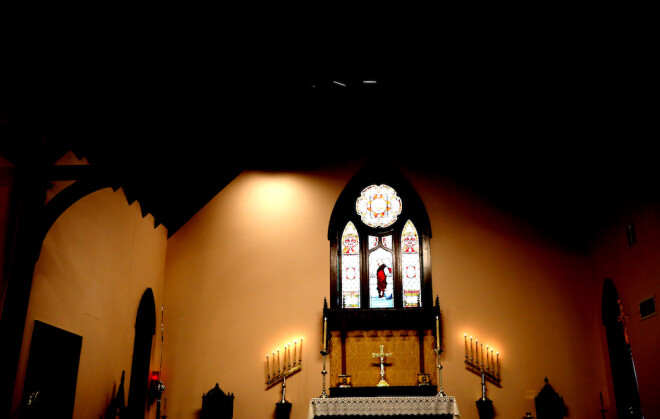 From what we have said already, one can readily see that the things that might draw a person to faith in God are quite diverse: a consideration of our own hearts’ desires, science, philosophy, the religions of the world.  But there is another factor, a darker one, casting a shadow across our path.  One philosopher actually described life as “being-toward-death.”  We humans try in a variety of ways to distract ourselves from looking at it. In one way or another, however, all religions would give an account of it, and so turn our attention back to it. In the Christian tradition there was a constant spiritual theme of “memento mori,” “recall death,” and the Psalmist would have us learn to “number our days.” (90:12)

Bringing death to mind shows us ourselves more clearly: our desire to escape, the question of what life is for, the possibility that “all is vanity and a chasing after wind.”  Death makes the question of faith more urgent, though sometimes we bargain with God when we have a health crisis, only to lapse back into somnolence when it is over. It is said that there are no atheists in the foxhole, though afterwards people may do different things with its trauma. At the very least we can say that humans decide for against faith in God against the dark horizon of death: it can be the contrast for the light of God’s presence, like the effect called “chiaroscuro” in art.

As Christians we can point out one more important feature of our understanding of death.  We shall see that the idea of the world’s death, its end, in Greek the “eschaton,” was a theme in the Scriptures crucial in understanding its claim about Jesus Christ. We would err to suppose that the Scriptures’ message is just mythological talk for our own personal deaths. Still, confronting our own end is an important doorway to help us understand what is being claimed about the world as a whole in light of Jesus Christ.

Because I could not stop for Death –  He kindly stopped for me –   The Carriage held but just Ourselves –   And Immortality.  We slowly drove – He knew no haste And I had put away My labor and my leisure too, For His Civility –   We passed the School, where Children strove At Recess – in the Ring –  We passed the Fields of Gazing Grain –   We passed the Setting Sun –   Or rather – He passed us –  The Dews drew quivering and chill –  For only Gossamer, my Gown –  My Tippet – only Tulle –

Some things are rushing into existence, others out of it. Some of what now exists is already gone. Change and flux constantly remake the world, just as the incessant progression of time remakes eternity.

We find ourselves in a river. Which of the things around us should we value when none of them can offer a firm foothold?

Like an attachment to a sparrow: we glimpse it and it’s gone.

And life itself: like the decoction of blood, the drawing in of air. We expel the power of breathing we drew in at birth (just yesterday or the day before), breathing it out like the air we exhale at each moment.