How We Really Decide 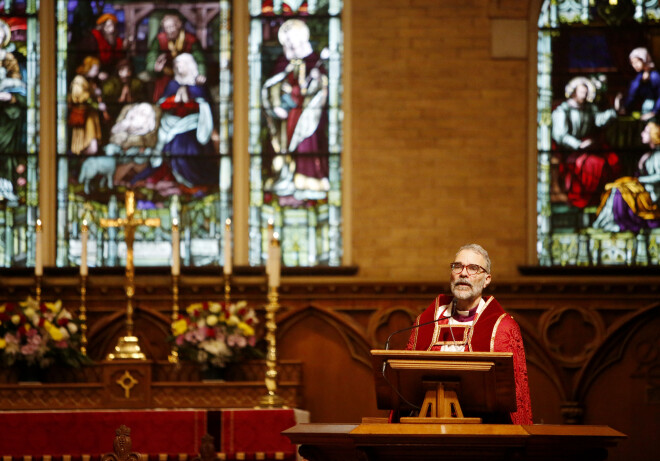 There are people who spend their lives thinking about the questions about God, either as theologians or philosophers.  We should add that these people are as divided in their conclusions as people in general!  But most people do not have this luxury or inclination.  But just the same they do make decisions about whether to be Christians, and furthermore how seriously to take their Christian life.  Everyone has that question before them, and the opportunity it presents (as well as the demands):  ‘everyone who seeks finds; knock and it shall be opened to you’ says Jesus (Matthew 7:8).  How then do people with ordinary obligations in the world make such decisions?  Some actually decide based on other factors: for example, social pressure or conformity, the desire for a moral upbringing for one’s children, a political preference, ethnic affiliation.  God can use these too, but they are incidental to the decision whether or not to become a follower, a disciple.

It is the whole person who is summoned by God in and to faith.  By a convergence and an alignment of what we think, feel, will, and hope, we make the great decisions of our life.  Something similar could surely be said for deciding to take up some challenging work, or to marry.  Philosophers talk of a ‘cumulative argument,’ the way the pieces come together for us and reinforce one another. We meet  someone who impresses us, wrestle with grief in the face of a loved one’s death, we regret things, read something that opens a vista, are troubled by evil in the world, and are built up by the community we find in Church. At the intersection things come together.  One dimension may be most important when we begin, but over time another may rise to greater significance.  The great Anglican (and then Roman Catholic 19th century theologian John Henry Newman said we had an ‘illative sense,’ a kind of collective intuition based on just this kind of conglomeration of senses and judgments.  The mind, heart, soul, and will in concert can make deep judgments.

Let’s be clear what we aren’t saying, especially in relation to reason.  We aren’t saying that reason doesn’t matter because the world is utterly irrational, or because religion is just a matter of personal feeling.  But we are also not saying that you could simply deduce your way to God, nor that your faith can be proven.  Rather we are saying that thinking, questioning, and testing are part of the picture.  But our reasons are of many kinds.  By analogy people nowadays speak  for example of ‘emotional intelligence.’  In short, people do make informed decisions, but of a unique kind, because the question being answered is distinct indeed.

One last point: what, you might add, about the power of the Holy Spirit in all this? Precisely so - faith is a gift, and so the work of God and not of ourselves.  But God does this work through many avenues in our minds and hearts, the conjunction of which I have been describing.

Newman, ‘An Essay in Aid of a Grammar of Assent’: "The mind ranges to and fro, and spreads out, and advances forward with a quickness which has become a proverb, and a subtlety and versatility which baffle investigation.  It passes on from point to point, gaining one  by some indication; another on a probability; then availing itself of an association; then falling back on some received law; next seizing on testimony; then committing itself to some popular impression, or some inward instinct, or some obscure memory; and thus it makes progress not unlike a clamberer on a steep cliff, who, by quick eye, prompt hand, and firm foot, ascends, how he knows not himself, by personal endowments and by practice, rather than by rule, leaving no track behind him, and unable to teach another."