March 21, 2019
in D: The Sanctuary II: Who is God? The Trinity, divine attributes, election, grace 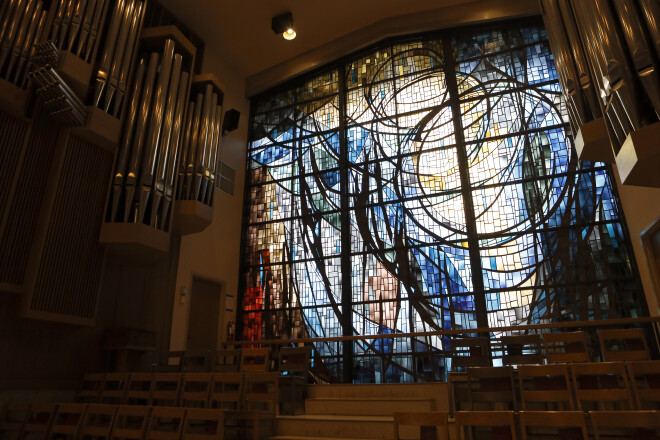 Some accounts of God make it sound as if the Father was the Creator, the Son that came to earth to save us, and finally the Spirit who opens to us the new life.  This too is a kind of modalism, but played out historically, in three phases or eras. In such an understanding, we live in the Third Age, of the Spirit.  You can see how this would appeal to our modern notions of being more advanced or enlightened, but you can also see how such ideas are debunked by the horrendous aspects of our world. (It should also be noted that Muslims too think they live in the third or new era of the final revelation, that of the Koran and Islam. This way of thinking easily falls into a notion that we have moved beyond the former revelation involving Jesus Christ!)

By contrast the traditional doctrine of the Trinity understood the actions of God to be one and indivisible, since the Actor Himself is one and so all His actions equally attributable to Him. The classic formulation comes again from St. Augustine: ‘all the works of God are indivisible.’ This is confirmed for example, by the affirmation in the Creeds that Jesus Christ is the one ‘through whom all things were made.’  If this is true, you can see how inclusive language naming God as ‘creator, redeemer, sanctifier’ is more confusing, and says less, than one might at first suppose.

As an addendum to this truth about the Trinity we should say that, sometimes, one person of the Trinity has a role that seems to us more prominent or discernible. The Father creates with the Son uttered and the Spirit hovering, the Son redeems as He hands Himself over to the Father and is raised by the Spirit- each involves all but in differing ways. We can see that in some cases the one work of God may be spoken most accurately by a kind of shorthand that focuses on the role of one person in that work. The tradition called this the doctrine of appropriation.  It does not compromise or undercut the prior truth that the persons always act in concert.