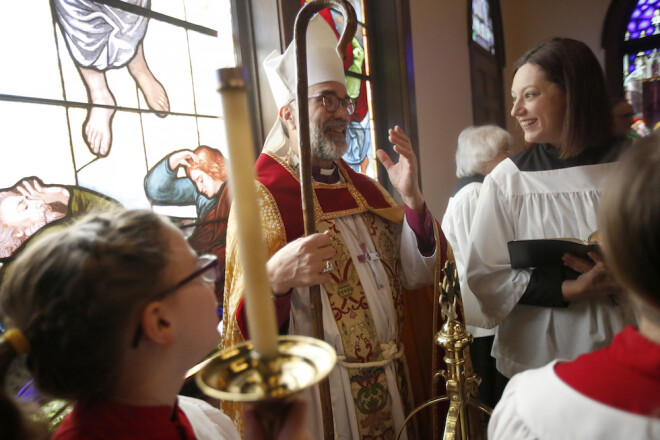 At this point, we do well to pause and consider the words we are using, ‘to have faith.’  In English, this ‘faith’ of which we speak can mean one of two things.  It can refer to all the things we now claim to be so. Or it can refer to an act of claiming them. In the great tradition there was a distinction made between ‘the faith which I believe,’ (the first meaning), and the ‘faith by which I believe’ (the second).  We need to have both, and making the distinction shows us two ways that we might fall short.

We might think that all we need to do is to assent to a list of truths, to check the right cognitive boxes.  We might think that everything depends on content. But this would leave my heart out of the equation. But I am a real flesh-and-blood person summoned to have faith, or fall short of it (more of this in the next post).  On the other hand we might think that the believing is the thing, so that what we believe doesn’t really matter. But people have faith in a variety of things, some of them ridiculous, some of them pernicious. Furthermore, if the act of believing is the thing, then I the believer am all important, though centering everything on myself is actually the problem, not the solution!

This leads naturally to a second important distinction. We talk of having faith in the sense of believing the Christian claim. But we can also speak of ‘having faith in someone.’  In the latter case the word means ‘trust’ and has a more inter-personal dimension.  In Latin there is actually a different word available, not fides but fiducia (from which we get the term ‘fiduciary’).  Faith, in other words, can be broken down to include a dimension of what (content), how (the activity), and who (the one toward which it is extended).  Now they are related one to another. I trust my friend because I can recall how he has proved trustworthy in his actions toward me over the years.  We are reminded that it isn’t just in the question of faith that all these dimensions come into play in our lives.

3 When Jesus came to the region of Caesarea Philippi, he asked his disciples, “Who do people say the Son of Man is?”

14 They replied, “Some say John the Baptist; others say Elijah; and still others, Jeremiah or one of the prophets.”

16 Simon Peter answered, “You are the Messiah, the Son of the living God.”

17 Jesus replied, “Blessed are you, Simon son of Jonah, for this was not revealed to you by flesh and blood, but by my Father in heaven. 18 And I tell you that you are Peter,[a] and on this rock I will build my church, and the gates of Hades[b] will not overcome it. 19 I will give you the keys of the kingdom of heaven; whatever you bind on earth will be[c] bound in heaven, and whatever you loose on earth will be[d]loosed in heaven.” 20 Then he ordered his disciples not to tell anyone that he was the Messiah.