July 22, 2019
in H: The Gothic Facade: Following Christ in the Anglican Way

Sister Churches: We Are Catholic, i.e. Global in Our Connections 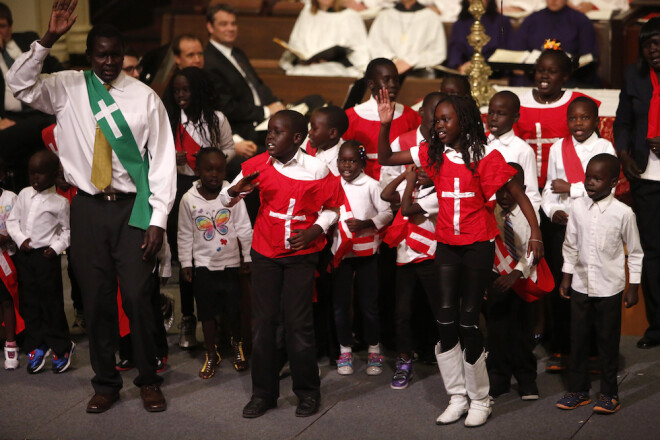 We Anglicans did not plan to create a worldwide family of sibling Churches. It happened, in large measure due to the mission societies who evangelized the world with limited assistance from the established Church.  Many of these began as chaplaincies for ex-pat English, but they took on a local life of their own in ways that the missionaries themselves often could not foresee. A worldwide communion was laid at our doorstep by historical developments which can only be thought of as providential.

The word ‘catholic’ means ‘of the whole’, and can in our time be translated as ‘global.’  Those younger Churches at times replicated the struggles back in the old country, for example in the liturgical wars of high and low. At other times those old differences seemed to matter less in drastically different cultural settings, and this in turn led to ecumenical efforts, for example in the formation of a united protestant Church of South India.

These Churches are each individual and self-governing, though their common heritage lays an imperative of communion on them. In the last fifty years we have seen that they ought to show ‘mutual responsibility and interdependence in the Body of Christ’ (1963 Anglican Congress in Toronto). We still struggle to live up to this.  This fact of communion challenges our cultural emphasis on ‘don’t tread on me.”

Read the MRI statement and discuss.