February 28, 2019
in D: The Sanctuary II: Who is God? The Trinity, divine attributes, election, grace

The Nature of God Himself: Reliability 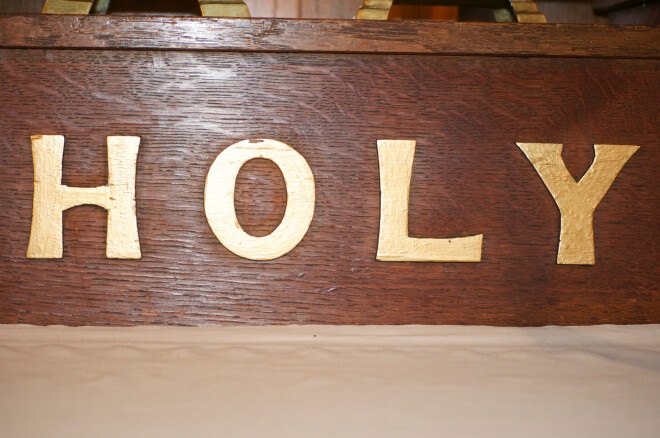 In the beginning of his Gospel account, Luke offers as his goal to show the reliability of what God has revealed about Jesus Christ, through his writing.  At the most obvious level, he is saying that his account is accurate and so can be trusted. But at a deeper level he is saying that Jesus Christ really is who Luke is claiming He is, namely the Messiah and the Son of God. But we can take this emphasis on reliability one step further: because Jesus really is who Luke says he is, then God Himself really is who He is heard claimed and identified to be. We can put our trust here, because He is trustworthy, and what we are trusting first of all is that God is really who we are told He is.  In the same vein, Hebrews 6:19 tells us that we have a ‘sure and certain hope’ in the One there revealed.

This is important since God is God, ‘immortal, invisible, only wise’ (as we began our presentations by saying).  If He is beyond our knowing, might He not seem so to our limited minds, but turn out to be radically otherwise? That is why it is called a ‘hope’ in Hebrews, and yet it is said to be ‘certain,’ that is, reliable and trustworthy. He will in heaven be seen to be yet more so as He was revealed to be, but it will be He and not another  (Job 19:25).

We can get a sense of what is at stake here if we think for a moment about the heresy in the early Church called ‘modalism.’  We may speak of God as Father, Son, and Spirit, but perhaps these are but masks He wears for our benefit in our world, but He may be other than this really, and He may have in addition a thousand other masks, some of them quite contrary. (You can see how religious pluralism, where the revelations of the religions are versions of God according to the limits of human language and perception, would tend toward such a modalistic skepticism.  This fear that God may not really be, ultimately so eats away at the very ground of any religious life.  What if there lurks an angry God behind this mask of beneficence - doesn’t our harsh conscience fear exactly this?

But by contrast, the claim of ‘reliability’ embedded in the Gospel goes exactly to this point. The revelation is of God in Himself (in Latin,’ in se’).  The One revealed, Jesus, is ‘in the bosom of the Father’; the point here is exactly that whom Jesus reveals is God Himself, as He really is, though He remains no less mysterious and transcendent.

This, first and last, is what the doctrine of the Trinity is saying: that the very nature, identity, and character of the God of eternity is reliably and accessibly revealed in Jesus Christ.  To see Jesus is to have seen the Father! (John 14:9).  This is at once a great comfort, a great mystery, and a great scandal.

Listen to Job 19:25 in a recording of Handel’s Messiah

Posted by The Rt. Rev. George Sumner with
Tags: d.1
(Login/Register to leave a comment)