Where is the Risen Body of Jesus? 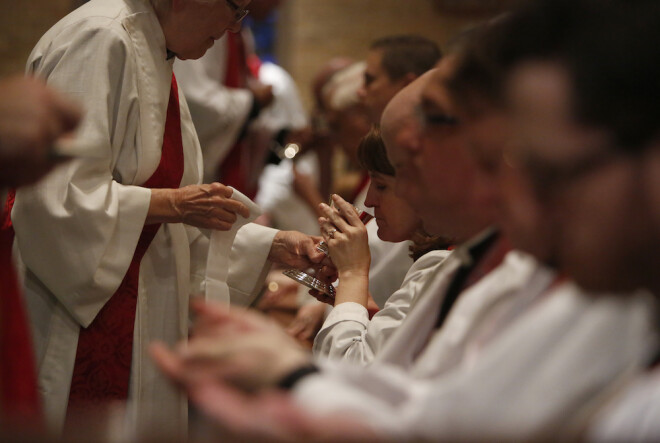 This is a question debated among Reformation theologians, and it may seem an arcane one. Still, it has real implications for our spiritual lives. Jesus was raised bodily, and ascended into heaven.  The Calvinists thought that His body is now on high, removed, in a sense absent, until that day when He shall return.  The Lutherans had a doctrine of ‘ubiquity’, according to which He is now present in an immediate sense in all the cosmos.  The first emphasizes how He has gone ahead, gone on high. The other emphasizes His reign now is over all the universe.  Both accounts take His bodily resurrection seriously.

Perhaps we can say that together these two lens help us see the sacraments. They are tokens and promises of what is to come when He returns. They are also a participation in His changed presence with us now.  Furthermore, while both speak to us, His own, His disciples, they also remind us that He is king, not only of the Church but of the universe.

We can see both elements in the Eucharist. The orthodox paint the ceilings of their churches blue with stars, to look like heaven. In the liturgy we sing the hymn of the angels before the presence of the Lord whose glory fills the heaven and earth (the Sanctus, quoting Isaiah 6: 2-3).  Where Christ is really present is in the kingdom, right here with us, and throughout the universe, all at once.  These both/and’s help us to grasp the full claim about Him which the liturgy is making.

Read Eucharistic prayer II D (based on St. Basil’s, from the eastern Church of the 4thcentury) and consider how it understands Jesus’ presence in the Eucharist.