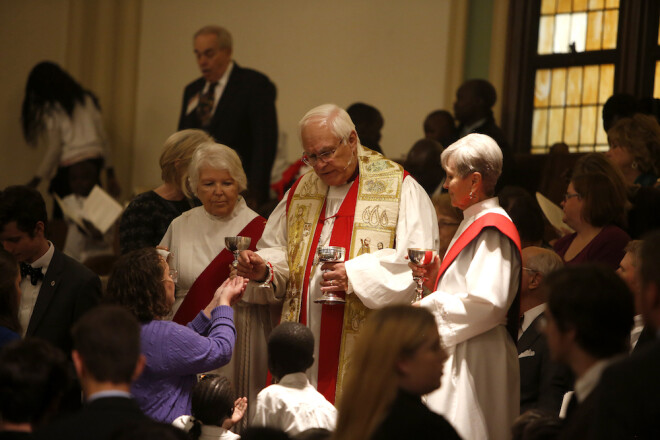 A word about the title of this series: AspACTS is not a misspelling but a play on words. This blog aims to examine different aspects of the Book of Acts, and what we can learn about being Christians in our own time.

Antioch was a first major step in the spread of the Christian faith, and an experiment that turned out to be amazingly successful. In previous installments, we have looked at the first Christians who evangelized both Jews and non-Jews in this city, and their message. Here, we will look at the City itself and why the Christian message proved to be attractive to its inhabitants.

The City of Antioch was the third most important city in the Roman Empire, behind Rome and Alexandria. It was called “Queen of the East.” As the first century advanced, Antioch gained in importance over Alexandria.

The City, like Alexandria, was founded by one of Alexander the Great’s generals, Seleucus I, following the conqueror’s death. It was named for his father, Antiochus. It was built on the Orontes River about three hundred years before Christ.

The Romans favored this city over Alexandria. It became the capital of the Province of Syria. Octavian built a huge Temple to Jupiter here. A Roman Forum was also built, then enlarged by Tiberius. The City also featured a great theatre. Cicero extolled the city for its art and its literature. Juvenal, however, said it had a reputation for immorality – he coined the saying, “The Orontes pours pollution into the Tiber.”

Antioch lay about 300 miles north of Jerusalem, and some 20 plus miles inland (East) from the Mediterranean coast. Through the city passed highways that were significant trade routes to Palestine and Egypt to the south, east toward Persia, and west to the territory of Asia Minor (modern Turkey).

The original city was laid out on ground about 1 mile square. The population at the end of the first century was about 150,000, not counting suburbs, over 2 square miles. (2 mi2 = 1280 acres)

The population density was about 117/acre. Compare that to modern NYC, 37/acre; Chicago, 21/acre. Manhattan has a density of 100/acre. As if that were not bad enough, it is estimated that about 40 percent of the land was occupied by large public structures: Temples, palaces, forums, theatre, hippodrome, etc. The baths of a Roman City were large, too. (Although called “public baths,” they probably were restricted to the upper echelons of society – not the common man.) Such circumstances would push population density even higher!

Typically, buildings could not rise very high – about 6 stories due to construction techniques. (In Rome, a height limit of 65.6 feet was imposed.) Upper floors were inhabited by the poor, who often subdivided their tenements. These “apartments” were overcrowded. Ground level floors were reserved for shops and manufacturing. Inner courtyards were used for butchering, cloth dying, blacksmithing and other forms of work. Construction techniques were fairly light, mostly of wood-framed buildings with plastered exteriors. This led to constant collapsing of buildings and fires – and loss of life. Roman cities were tightly packed with narrow streets occupied by people and animals alike. Large carts were drawn through these streets by oxen and horse, making them noisy and filthy. There was little sanitation: even at Rome, sewers served only the rich who could afford them. It is said that ancient cities could be smelled long before they could be seen!

The typical family lived in a single room. Cooking was done on a charcoal brazier – furnaces and fireplaces were unknown (except perhaps for the rich). Windows were covered with a skin or cloth. Apartments were hot in summers, and cold and smoky in the colder months, and drafty due to their construction. Chamber pots and garbage were simply dumped on the streets below.

Water was brought to cities by aqueducts but stored in cisterns. Most people did not enjoy ready access to fresh water. Water had to be brought to the apartments in large jugs, up many floors. The water tended to be stagnant and unpalatable. Pliny suggested that people always boil their water!

Given the poor state of sanitation, the cities were breeding grounds for insects and vermin. Diseases were frequent and quickly passed from person to person. The mortality rates were higher in cities than in rural areas. It is estimated that the life expectancy in the large cities was about 30 years! Children born to city families were lucky to have one parent survive their growth to adulthood, and orphans (untended) were a constant feature of ancient city-life.

All this led, in turn, to a constant need for what is called “in-migration,” bringing new residents to the cities to keep them going. This in-migration tended to make the cities a gathering of strangers – the in-flux of people who came from various areas, were of different racial stock, spoke different languages and held different customs. It is estimated that in Roman times there were as many as 18 different identifiable ethnic enclaves at Antioch. But this probably understates the true conditions, for many who came to live in Antioch– especially retired military men and administrative officials – brought with them their slaves and servants from widely different places. Such diversity resulted in suspicion, competition for meager resources, misunderstanding, crime and riots. The cities were not safe.

These conditions may well have applied to the wealthy as well as to the lower classes. It is well known that some famous Romans lived in what would otherwise be considered questionable residences in Rome rather than their own enclaves in order to be close to the action (Senate, forum) at important times, and the same was probably true in other major cities.  This would not, of course, preclude the wealthy and prominent from having villas in the country or near the sea – refuges to get away to in times of difficulty or for relaxation. Certainly, the wealthy could afford larger living spaces and may have had luxuries indoors that were not available to the poorer folk. But outdoors, they needed to be prepared for crime and concerned for safety just like anyone else.

Living conditions were complicated by numerous disasters, some of human origin and many more “of nature.” According to sociologist Rodney Stark,

Any accurate portrait of Antioch in New Testament times must depict a city filled with misery, fear, despair, and hatred. A city where the average family lived a squalid life in filthy and cramped quarters, where at least half of the children died at birth or during infancy, and where most of the children who lived lost at least one parent before reaching maturity. A city filled with hatred and fear rooted in intense ethnic antagonism and exacerbated by a constant stream of strangers. A city so lacking in stable networks of attachments that petty incidents could prompt mob violence. A city where crime flourished, and the streets were dangerous at night. And, perhaps above all, a city repeatedly smashed by cataclysmic catastrophes: where a resident could expect literally to be homeless from time to time, providing that he or she was among the survivors. (Stark, The Rise of Christianity, 1997, p. 160 f.)

With all this as background, we can begin to understand what was so attractive about the message of the Christians:

In the next installment, we will see how the Christians at Antioch put their faith to work.

(For those interested in reading more deeply in the spread of early Christianity, I commend Rodney Stark’s Rise of Christianity (1997) and Cities of God (2006).)