AspActs: Reflections on the Book of Acts 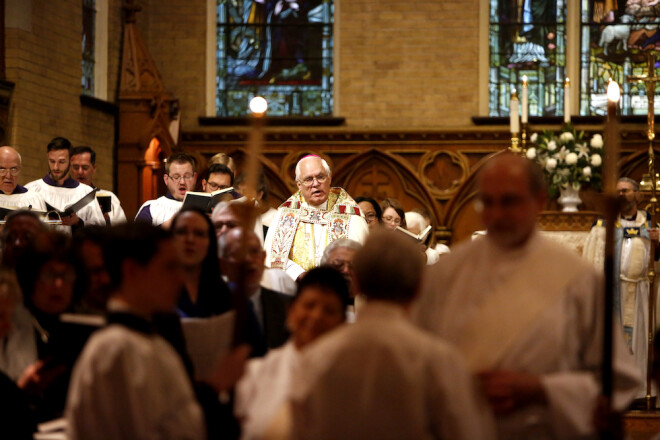 Luke, the physician and follower of Jesus, was a great writer and storyteller. After his Gospel, he set about to tell the story of how the Holy Spirit continued to work through the movement Jesus had initiated. AspACTS will delve into this resource of immense value as that movement, the Church, continues to carry out its witness today.

Acts 11:20: But there were some of them, men of Cyprus and Cyrene, who on coming to Antioch spoke to the Greeks also, preaching the Lord Jesus.

Luke was a great storyteller, alright. But he sometimes telescopes moments of great significance. Here, in a single verse, Luke describes one of the most significant and far-reaching events of the early Church.

Following the first murder of a follower of Jesus, Stephen, Greek speaking Christians fled Jerusalem to various parts of the Roman Empire. Many probably returned to their homes. But some went to the great city of Antioch, about 135 miles north of Jerusalem (as the crow flies).

Antioch had become over time the third, some say the second largest city of the Roman world.  It was a bustling, crowded, noisy, and conflicted city. It was in this unlikely place that a handful of Christians took a step that would change the Church and the world for centuries to come: they began to speak of Jesus to Greeks, that is to say, non-Jewish people.

I have often thought that when I get to heaven, it is these folks I want to meet first. After all, they did something very dramatic and consequential. Did they realize what they were doing at the time? Who authorized them to take these steps? And what was it they said? What was their message?

The English translation of Luke suggests that these intrepid followers of Jesus “preached.” It is highly unlikely, however, that they began by standing on street corners, waving a Bible in the air. Luke actually says they “good-newsed” their neighbors – they shared the good news of Jesus. This suggests that they got to know the people around them and shared their experience of Jesus with their new friends. As they gathered for their own worship and prayer, and strengthened one another, they invited others into their fellowship. They built a small community of care, of warmth and welcome in the midst of a city that could sometimes be very hostile to the individuals and families, especially the young, the old and the weak, who inhabited the city.

Clearly the central part of their message was the story of Jesus himself. They would undoubtedly speak of his life, his ministry and his teaching. Above all, however, they would speak of his death and resurrection. We know from the great Pentecost sermon of Peter (Acts 2) and the preaching of Stephen  (Acts 7) that the resurrection of Jesus was the focal point of the earliest Christian witness. So we may be sure that the “good news” shared with people of Antioch also centered on Jesus’ victory over death. This message brought hope and dignity to the souls whom these early Christians touched.

Another indication of the effectiveness of their message is found in the fact that, as Luke tells us, it was in Antioch that the followers of Jesus were first called “Christians.” (Acts 11.26) There has been some dispute about exactly what this term meant. Antiochians often coined terms that were used to put down the odd and unusual. In this sense, “Christian” would be a term of derision. It would mean “little christ.” (Christianoi) And we can easily imagine how it came about: “Who are those people,” someone might ask. “I don’t know,” another would answer; “All they talk about is someone called ‘Christ.’ Christ this – Christ that. They’re just a bunch of little christs!”

But even though it was originally intended as derisive, the followers of Jesus soon took up the name as a badge of honor. What could be better than to be known as a lesser version of the one they loved and worshipped? disciples of the Lord of Creation? Even the great Peter would soon use the name to describes his fellow disciples. (1 Pet 4.16)

The people who first began to share their faith with the Greeks at Antioch not only changed the way the followers of Jesus would be forever known, they did something else. They took the first steps in fulfilling the mission of Jesus himself. Jesus had stressed that his disciples would be his witnesses in a world-wide effort. In his appearances after his resurrection, he would emphasize this point. (Luke 24.47; Acts 1.8; Matt 28.19) Up until this time, the only efforts at evangelism had been confined to Judah and Samaria. At Antioch, Christians began to reach out to all peoples.

The mission at Antioch met with great success – as Luke put it, “The hand of the Lord was with them, and a great number believed and turned to the Lord.” (Acts 11.21)

In fact, this effort opened a door to the future of Christian mission in a profound way. When the Apostolic leaders of the Church at Jerusalem heard of the success of the Antioch mission, they dispatched Barnabas to check out the work. Eventually, Barnabas searched for Paul and brought him to assist in the work at Antioch. These two would in turn be set apart by the Antioch Church to be the first official missionaries to extend the Christian message into new territory.

Other leaders were developed at Antioch. Mark, the eventual Gospel writer, got his start here. Luke, the author of the Gospel and Acts was himself a native of Syria and a resident in Antioch. Matthew, the disciple of Jesus eventually moved to Antioch and it is widely thought that he wrote his Gospel from this place. It has been suggested that John, the disciple, whom Jesus loved, came though Antioch on his way to Ephesus, bringing Mary, the mother of Jesus with him.

In short, Antioch became a center of Christian preaching, teaching and mission. Without the mission in this city, we would probably never have heard of Paul the Apostle, or have his letters that grew out of his missionary work. We may never, in fact, have had written Gospels that convey the life and teaching of Jesus.

The Church at Antioch would play a pivotal role in the decades and centuries to follow. Jerusalem itself would be destroyed by the Roams in 70 AD. This was traumatic both for the Jews and the fledgling Christian movement. But by this time, Antioch provided a firm base of operations for Christian missionaries and the Apostolic tradition as a whole.

And all this was made possible because a handful of people who loved their Lord took the first steps in sharing their faith with “all sorts and conditions” of people around them. They had no warrant but the promise of the Lord to be with them. They had no program or resources to prepare and sustain their witness. What they had was faith and a readiness to reach out.

Over the next several issues of this reflection, we will look further at how they did it and how, because they did, they speak to us today.