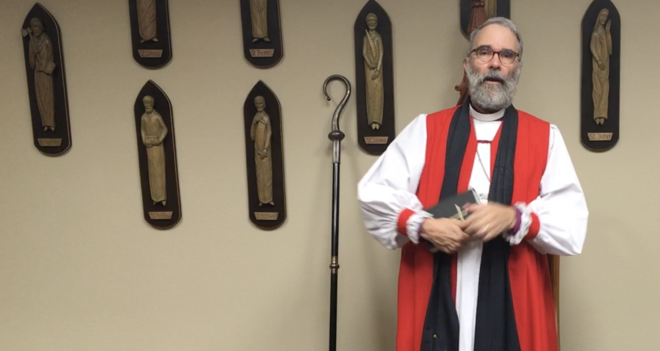 While the Bible offers a wide variety of genres and emphases over a millennium, it has a clear narrative, the story line of humanity with God. It begins at the beginning and ends with the end (which is a beginning of its own).  A similar metaphor is that of a drama, perhaps like one of Shakespeare’s historical plays, but with a much wider period attended to (the theologian Kevin Van Hoozer has written, for example, of The Drama of Scripture).  And others have emphasized that throughout the main actor is God Himself, even when He remains off-stage (for example in the narratives of the Israelite kings).  And of course the main inter-locutor is Israel, God’s people, both in their faithfulness and their rebellion.  They celebrate the promised land, are railed at by the prophets, go in exile, hope for their Lord’s decisive return, etc.

But there is another character (or better yet, class of characters).  They are prominent at the beginning, center, and end, though theirs is a bit part of stretches in between. I am thinking of course of us- the nations, the Gentiles. (in Anglicized Greek).  In the beginning God created the human, and soon thereafter they divided themselves ethnically. The nations are in the Old Testament raging (Psalm 2), and yet receptive to God (e.g. Naaman in II Kings 5).  They move to the margins, and yet they are never forgotten. In the exile, it turns out that disaster is actually also a divine strategy so that Israel might be ‘light to the nations.’ (Isaiah 42:6).

In the mission of the Church after Jesus’ resurrection the nations come to the fore. Now is fulfilled the prophecy that the nations would be the prize of victory at the ascension of the Son of Man, Messiah, Jesus (Daniel 7:13-14).  Their coming is in fact a confirmation of the resurrection, of which it is a sign (so the Book of Revelation).

The point is this: the nations across the globe are not just a matter of philanthropy or curiosity to us. They are crucial to the salvation narrative of the New Covenant. And they are we.  Mission, what we are to do, and theology, who we are by grace before God, are inseparably knit together.