Communion Matters: XXI: How East African Anglicanism Came to Be 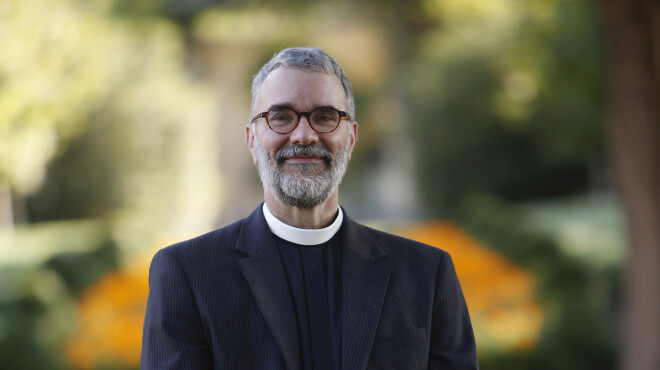 This series covers many topics but has only one point. We are not only members of the Episcopal Church, much less our own parish, but of something much more vast. We are, as we affirm every Sunday, members of the ‘one holy catholic and apostolic Church.’ Within this calling, we are members of a Church that is part of the Anglican Communion, and this wider affiliation should inform our own sense of Christian identity. It is, as the psalmist says, our ‘goodly heritage.’ (16:6) We now set out on a journey to see how in God’s providence that Communion came into being, after which we will consider, as if looking at widening concentric circles, how the ecumenical movement of Churches came into being in the modern age.

Protestant missions in Africa invariably began by challenging slavery. In the west, it challenged the ‘triangle trade’ of the Western powers, but in the east, it challenged the slave route headed from the Sultan of Zanzibar to Oman and the Gulf.  In each case the implications of helping freed slaves led to new dimensions of their ministries. (Islam, however, was located most in towns and not in the smaller villages).

The first missionaries on behalf of the Anglican Church in east Africa were in fact Lutherans, named Krapf and Rebman. They alone were willing to go to an assignment in which life expectancy for a Westerner was brief, due to malaria. (Mission work changed dramatically in the later 19th century, when it was first possible to live upcountry due to quinine).  For this reason, after conversions to the Gospel of those who visited the mission stations, the real evangelists upcountry, village by village, were in fact native evangelists. They were the ones who had, in the first generation, to figure out how to present the Gospel, and how to live the Christian life amidst the traditional expectations of the old faith.

The other milestone historically was the reporting of the famous explorer David Livingstone has he explained to England (and beyond) the depredations of the slave trade. This created a pressure to intervene. In addition the first Church Missionary Society missionaries to Buganda were martyred, along with a considerable number of young couriers who had converted.  Together this led to the creation of a new Christian state there (a rare example of ‘top down’ conversion from the king), with native evangelistic efforts in the neighboring countries. This memory of the cost of discipleship played a part in the 1930’s, in the East African Revival, led by those newly converted (called the Balokole, ‘the saved’).  This movement of renewal gave the Church in east Africa its own vitality and character, which has led to dramatic growth to this day.

The factors that were powerful and distinctive in east Africa are probably similar to those in other Churches as well. Converts formed close smaller groups that became a new kind of family in Christ. They appropriated their own vibrant musical tradition, including drumming. They had a sense that the Gospel had the power to heal and to break the hold of malign powers.  They were grateful for the handing on of the Gospel from the missionaries and first generation of believers, who became in effect ‘ancestors in the faith.’  The Bible was translated into their own local languages, which helped to preserve and reinvigorate local culture. And finally they evangelized the huge number of young people with choirs, sports, and leadership in bush congregations as catechists. All these meant that to this day east African Anglicanism remains one of the fastest growing branches of our Communion. Bwana asifiwe- praise the Lord!