King of Kings and Lord of Lords 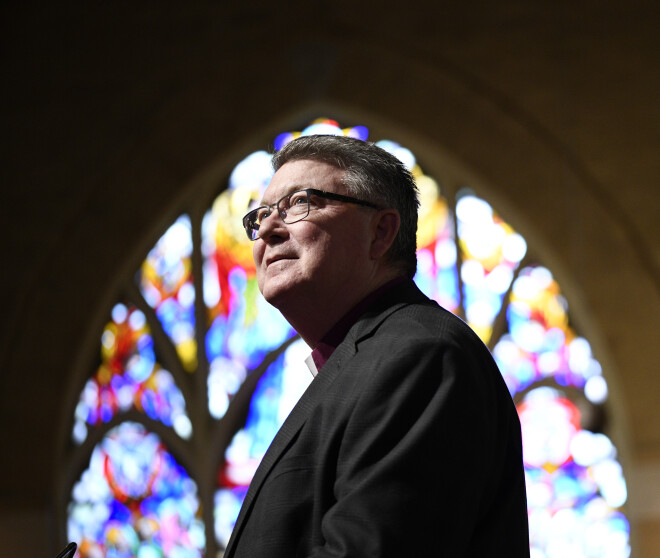 For Anglophiles and royal watchers, this is a good time of year. Not only is the “Downton Abbey” movie in theatres but “The Crown” series has returned to Netflix. I confess to being a fan. One story line common to both that comes up from time to time is the theme of “monarchism versus republicanism,” that is, the political movements that favor a king or queen as head of state as opposed to vesting sovereignty in the people. In short, it raises the question about who is in charge, who calls the shots, who makes decisions, the monarch or the people?

Choices about who is in charge have consequences. One of the clear statements of the early church was the slogan: “Jesus is Lord.” This was not only a religious proclamation but a political one as well, for if Jesus is Lord then Caesar is not. If one’s ultimate allegiance is to Christ, then Caesar is threatened, and Christian faith is considered treasonous.  But not only is Caesar intimidated, so too are our egos. It goes against our self-centered nature to give up control.

This coming Sunday, the last before Advent, is known in some quarters as “Christ the King” Sunday. The concept of sovereignty and royal language is utilized in the Collect for the Day: “Almighty and everlasting God, whose will it is to restore all things in your well-beloved Son, the King of kings and Lord of lords: Mercifully grant that the peoples of the earth, divided and enslaved by sin, may be freed and brought together under his most gracious rule” (BCP 236). As we move into a new church year in preparation for the great feast of the Incarnation at Christmas, this might be a good time to ask ourselves who our sovereign truly is. Who or what calls the shots in our lives? Jesus reminds us that we cannot serve two masters, that we will “be devoted to the one and despise the other” (Matt. 6:24). Choices must be made; loyalties checked and reoriented, but it is well worth it. Remember also these words of Jesus: “I came that they may have life and have it abundantly” (John 10:10). Who do you allow to be in charge of your life?