September 27, 2018
in B: The Stained Glass: the light on our path: revelation: the Bible 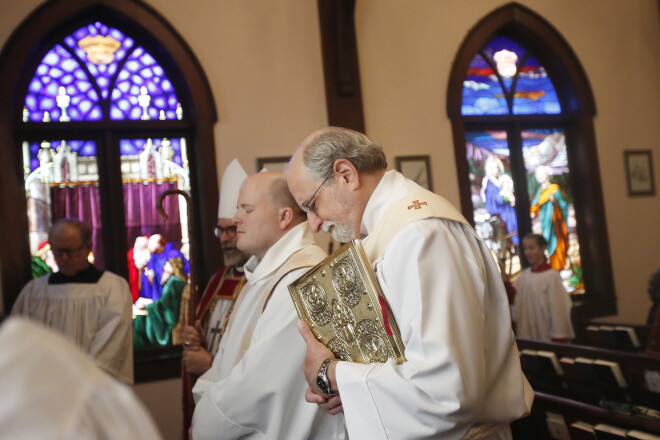 An important plot line in Genesis is the mystery of human resistance to God’s grace and guidance.  By the time of the story of the Tower of Babel, the ‘human project’ seems virtually at a dead end. So in chapter 12, the divine call of Abraham is a new direction to the divine initiative - the calling of a chosen servant, and hence a people on behalf of humankind.  Exodus continues this initiative under straitened and threatening circumstances. Moses is in some ways an unlikely candidate, almost killed at birth, with his own ‘criminal background,’ a dubious speaker fleeing from his purpose.  The point is that His vocation is from God, as is His preservation.

On the mountain as he is herding, God calls out to him. Again, the Word of God is central.  He is active in the rough and tumble of human history.  He works in His creation yet is free in and over it: the bush burns but is not consumed.

He is the very same God who created and called Abraham and the other patriarchs. One can look ‘backward’ and see His continuing hand.

God is willing to give Moses His name. He is not some mere force or principle, but One whose people know Him.  But even the name is mysterious and free:  YHWH could be translated with something like ‘I will be whenever and wherever I will be. God reveals Himself, leads, delivers - but all in order that the story might continue with covenant, obedience, worship, as His chosen people. The story as a goal defined by God the deliverer Himself.

A question for conversation:  much of modern theology has centered around the idea of experience of the holy (you stand on holy ground) and on liberation of the oppressed. Both themes are legitimately present here. Yet they are not the whole story, but must be understood in a wider context. How would you explain the latter?