Why The First Lesson Matters 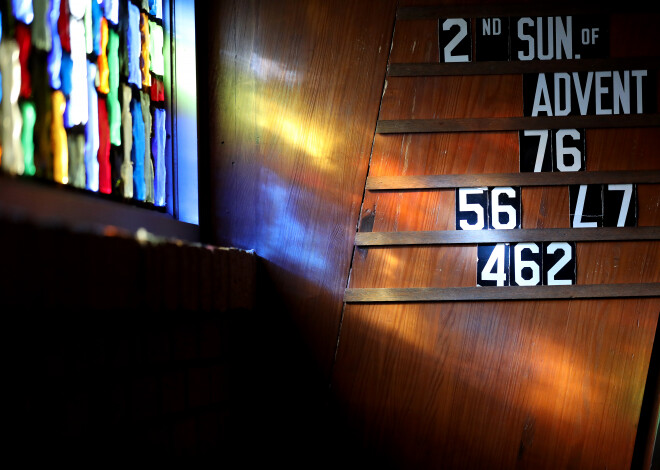 There is an adage from the early Church, popular among Anglicans, that how we pray tells us how we believe. (Though it has problems,) it says something true about our faith. Most Sundays, the first lesson comes from the Old Testament, and at its conclusion it is acclaimed to be the ‘Word of the Lord.’   We are accustomed to this, but we might question it.  If I have the Iphone 6, what need have I of 5?  If we know the final answer (Jesus), what need have I of the people of God groping toward that answer?  Furthermore, there is material in the Old Testament which is problematic to say the least, the slaughter of the Amalekites, those bears who mauled the children teasing Elisha, or the wish of the psalmist to do in the children of his Babylonian tormentors, to name a few.  Why not move straight on to Jesus (though he had some harsh things to say Himself, but leave that aside for now)?

Marcion was a second century heretical Christian thinker, who advocated just such an abandonment of the Old Testament.  He found there a different God, vengeful and legalistic, a God unrelated to the Father of Jesus.  The Church decisively rejected Marcion’s thought, though sometimes our neglect of the Old Testament amounts to a kind of silent concession to him. It is worth noting that Marcion also denied that Jesus was crucified in the flesh - in other words, denying the flesh of Jesus, and denying the real, historical significance of the people of Israel went hand-in-hand.  Every time we hear the Old Testament read in church, we reaffirm our rejection of Marcion, and we reaffirm that all of the Bible, Old Testament and New, together, is God’s Word.  Figuring out what this means is an important task for us if we would see ourselves and the world through the lens God provides us. We will consider the outline of the contents of the Old Testament in more detail, but there are several rules of thumb which serve to sum up the relationship between the Testaments which is implied in our practice of reading and hearing the Bible every Sunday morning.  There is a saying, a version of which goes back to Augustine, that the New Testament is latent (hidden) in the Old, while the Old is patent (made open) in the New. To similar effect was the saying of the Reformer Martin Luther in the 16thCentury that the Old Testament is the ‘manger in which Christ lies.’ (I found this in an excellent study of the Testaments, Richard Hays’ Reading Backwards, which title is itself another way to describe the relationship).

The relationship of Old and New is bolstered by the obvious fact that Jesus was a faithful Jewish rabbi of the First Century, for whom ‘Scriptures’ meant what we call the ‘Old Testament.’  But on the other hand, that collection of writings is itself varied, within which there are thematic cross-currents. And of course, Christians and Jews differ on how to read them.  Still, understanding the Old Testament as ‘Jesus manger’ and Jesus-in-the-New as the fulfillment of the ‘law and the prophets,’ provides a coherent way to read and understand, one reinforced every Sunday morning.

17 After six days Jesus took with him Peter, James and John the brother of James, and led them up a high mountain by themselves. 2 There he was transfigured before them. His face shone like the sun, and his clothes became as white as the light. 3 Just then there appeared before them Moses and Elijah, talking with Jesus.

4 Peter said to Jesus, “Lord, it is good for us to be here. If you wish, I will put up three shelters—one for you, one for Moses and one for Elijah.”

5 While he was still speaking, a bright cloud covered them, and a voice from the cloud said, “This is my Son, whom I love; with him I am well pleased. Listen to him!”

6 When the disciples heard this, they fell facedown to the ground, terrified. 7 But Jesus came and touched them. “Get up,” he said. “Don’t be afraid.” 8 When they looked up, they saw no one except Jesus.

9 As they were coming down the mountain, Jesus instructed them, “Don’t tell anyone what you have seen, until the Son of Man has been raised from the dead.”

10 The disciples asked him, “Why then do the teachers of the law say that Elijah must come first?”

14 Jesus returned to Galilee in the power of the Spirit, and news about him spread through the whole countryside. 15 He was teaching in their synagogues, and everyone praised him.

16 He went to Nazareth, where he had been brought up, and on the Sabbath day he went into the synagogue, as was his custom. He stood up to read, 17 and the scroll of the prophet Isaiah was handed to him. Unrolling it, he found the place where it is written:

18 “The Spirit of the Lord is on me,
because he has anointed me
to proclaim good news to the poor.
He has sent me to proclaim freedom for the prisoners
and recovery of sight for the blind,
to set the oppressed free,
19     to proclaim the year of the Lord’s favor.”[f]

20 Then he rolled up the scroll, gave it back to the attendant and sat down. The eyes of everyone in the synagogue were fastened on him. 21 He began by saying to them, “Today this scripture is fulfilled in your hearing.”