Every Step a Prayer

41 Now while the Pharisees were gathered together, Jesus asked them this question: 42 “What do you think of the Messiah? Whose son is he?” They said to him, “The son of David.” 43 He said to them, “How is it then that David by the Spirit calls him Lord, saying, 44 ‘The Lord said to my Lord, “Sit at my right hand, until I put your enemies under your feet”’? 45 If David thus calls him Lord, how can he be his son?” 46 No one was able to give him an answer, nor from that day did anyone dare to ask him any more questions. The rabbis of old held that there were 613 commandments in the Hebrew Scriptures. In response to a question about which is the greatest, Jesus recalls two: “Hear, O Israel: The LORD is our God, the LORD alone. You shall love the LORD your God with all your heart, and with all your soul, and with all your might” (Deuteronomy 6:4-5); and “You shall not take vengeance or bear a grudge against any of your people, but you shall love your neighbor as yourself: I am the LORD” (Leviticus 19:18). He goes on to say that these two commandments form the basis for all the teaching of the Old Testament.

Jesus then turns the table on his interlocutors asking them a question, a riddle of sorts, about the Messiah. The Jews had long anticipated the coming of a Messiah to deliver their nation. He was prophesied to be a descendant of King David: “The days are surely coming, says the LORD, when I will raise up for David a righteous Branch, and he shall reign as king and deal wisely, and shall execute justice and righteousness in the land” (Jeremiah 23:5). Jesus is referred to as “Son of David” no less than eight times in the Gospel of Matthew. In fact, his lineage is traced through Abraham and David as heirs of the messianic promises in the genealogy that begins the book. Clearly, the identification of Jesus as the promised Jewish Messiah is of critical importance in the Gospel of Matthew.

But not only the twelve tribes of Israel have looked forward to the coming of a messiah, other peoples have as well. In the Lakota/Dakota/Nakota tradition is told the story of White Buffalo Calf Woman, a holy person and messianic figure. At a time of great adversity, she brought to the people from Wakan Tanka, the Great Spirit, the sacred pipe. The pipe was to be used as a mode of prayer and communication between the people and the Creator. When her task was completed, she is said to have turned into a white buffalo calf and departed. To this day, the rare birth of a white buffalo is viewed by many as a reminder of her visit to the people and a messianic symbol. Black Elk, Oglala Lakota visionary, healer, and candidate for sainthood in the Roman Catholic Church, told this and other sacred stories. Speaking about the pipe and prayer, Black Elk said: “The Great Spirit is everywhere; he hears whatever is in our minds and our hearts, and it is not necessary to speak to the Holy One in a loud voice. … Every step that is taken upon the earth should be as a prayer.”

Today’s Gospel reading presents the hopeful possibility of following Jesus on the path leading to God. His riddle is posed to lead us to the awareness that Jesus is not only the Son of David, but also the Son of God, the Messiah sent to deliver not only Israel but people from every tribe, language, and nation. Jesus not only saves us from sin and death, but he also meets us in times of great adversity showing us how to live by loving God and by loving our neighbors. With Black Elk, we remember that every step we take on the earth should be as a prayer.

15 Then the Pharisees went and plotted to entrap [Jesus] in what he said. 16 So they sent their disciples to him, along with the Herodians, saying, “Teacher, we know that you are sincere, and teach the way of God in accordance with truth, and show deference to no one; for you do not regard people with partiality. 17 Tell us, then, what you think. Is it lawful to pay taxes to the emperor, or not?” 18 But Jesus, aware of their malice, said, “Why are you putting me to the test, you hypocrites? 19 Show me the coin used for the tax.” And they brought him a denarius. 20 Then he said to them, “Whose head is this, and whose title?” 21 They answered, “The emperor’s.” Then he said to them, “Give therefore to the emperor the things that are the emperor’s, and to God the things that are God’s.” 22 When they heard this, they were amazed; and they left him and went away. 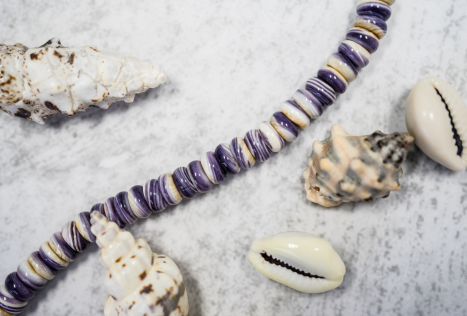 To Benjamin Franklin is attributed the saying: “In this world nothing can be said to be certain, except death and taxes.” Taxes have been part of the human story for an exceedingly long time, including as we hear in today’s narrative of the encounter with Jesus and his opposition. The Pharisees, strict nationalists who despised the foreign occupation of their lands by Rome, and the Herodians, who supported Roman rule through the dynasty of King Herod’s family, join forces to snare Jesus with a question about paying taxes to the emperor. Both groups know that in whatever manner Jesus answers, the result will be offense and infuriation since the Pharisees do not support payment of the tax and the Herodians do.

I am keenly aware that while I do not enjoy paying taxes, I appreciate that there are some positive outcomes that can come from the levies I am required to contribute such as sound roads and bridges, good schools, and safety nets for the poor and elderly, to name a few. On the other hand, when my hard-earned money appears to be wasted by politicians or used for purposes that do not contribute to the common good, I become exasperated.  In the end, I recognize that everyone must pitch in if we are to live as a community, no one gets a free ride, and that taxes have been a necessary part of human functioning for millennia.

When English colonizers came to this continent in the seventeenth century, they had a problem in that there was a shortage of money and England prohibited them from minting more. As a result, they began to imitate the Indigenous inhabitants of the land by using other currencies of exchange such as furs, tobacco, and maize. The colonizers even started using wampum to pay taxes!

Wampum was fashioned from white and purple beads and discs made from shells found in the ocean. The Narragansett and Pequot peoples would harvest clams in the summer for food and then make beads out of the leftover shells, weaving them together to craft adornments. The white beads represented light and birth while the purple signified darkness and death. The combination of white and purple represented dualities such as light and darkness, sun and moon, woman and man, and life and death.

An initial hearing of today’s Gospel story seems to indicate a duality between the state and the kingdom of God in that we should give to both entities what is due. How much money do we owe the state and what portion do we owe God? I think, however, that something deeper is being taught here. In response to Jesus’ question about whose image is on the coin comes the answer, “the emperor’s.”

It makes sense, then, to ask whose image is upon us. In the opening verses of the Bible we learn that the Creator made “humankind in his image, in the image of God he created them; male and female he created them” (Genesis 1:27). Just as the emperor’s image is on the coin, so God’s image is on us. It appears that Jesus is telling us that we do not owe a mere tax to the kingdom of God, we are to give our entire beings back to the One who made us and gave us life.