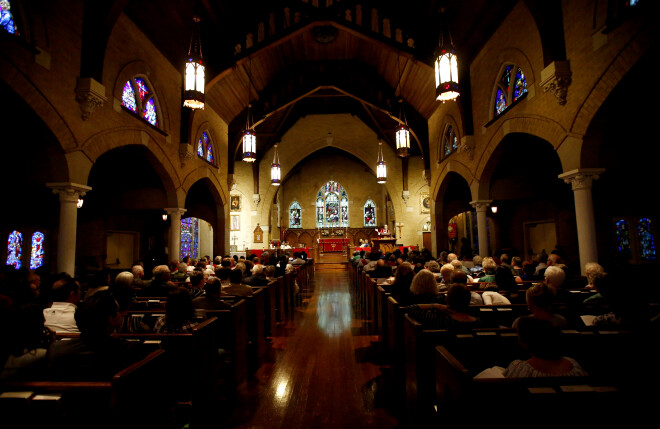 One way in which denominations differ is in the way they think about ordained ministry. Most all of them have it (an exception being the Plymouth Brethren).  And within Anglicanism (of which we are part), there has been a debate about whether having bishops in ‘apostolic succession’ (whose lineage is traceable back to the apostles) is a necessary feature of the Church. I am here understanding it to be a positive blessing, of the ‘bene esse,’ since it is am embodied way to show and assure the continuity of apostolic teaching, so that the Church is faithfully ‘deep and wide.’

Several other things are worth saying as prelude. In modern times the Church has reclaimed the understanding that the priesthood, properly Christ’s alone, is best represented by the whole people of God, all of whom have, collectively and individually, a ministry: ‘you are a chosen people, a royal priesthood…’ (I Peter 2:9).  Secondly, the understanding of the structure and process of ordination, in order to guide, display, and encourage the ministry of all (Ephesians 4:12), has varied over time. For example in the Middle Ages there were ‘minor orders’ such as catechist (teacher), which we have sought recently to revive. In Anglican Africa, functionally the ‘three orders’ are bishop, priest, and catechist in the life of a typical village.

But officially, and theologically too, we as Anglicans have kept the three-fold ministry from the ancient Church. How it came to be is a matter of debate, but what it serves to represent for us is clearer. Each order says something important about the Church as a whole. Bishops embody the ‘deep and wide’ aspect of the Church, the continuity and collegiality that go back to the apostles. Priests oversee the local ministry of Word and sacrament and encourage the laity there. Deacons remind us that our Lord came not to be served, but to serve, and we all should do likewise, as we care for the most needy around us, for ‘as you do it to the least of these…you do it to Me.’ (Matthew 25:40).

Read the ordinal section of the BCP and discuss the implied theology of orders.

The Church: But Which is The Right One? Drive down Anywhere U.S.A, and you will find the churches lined up one after another, Episcopal, Catholic, Methodist, Non-Denomination, Pentecostal, Baptist, etc.  Why so many, and which is the true Church?  Before we answer, we need to make it clear that this situation is itself not right. ‘Be one as I and the Father are one…’ says Jesus in John17, and He goes on to pin our credibility to our oneness.   So the very fact of these divisions is an offense for which the Church should repent.  But how did it come to be so? In some cases differences of doctrine, in others worship, other sources of authority, with factors of things like politics and race mixed in.  The modern Church has worked hard ‘ecumenically,’ that is, toward a unified perspective, and many agreements have determined that there is no reason we cannot have communion now though we differ (we have such an agreement with the Lutherans for example, while our disagreement over the authority of the Pope and divergences on social teaching make it as yet impossible with the Roman Catholic Church).  Still honesty requires that we continue debates where we think an important theological principle is involved, though without rancor.

Why can’t we just say that they all are ‘Church’ and go where you like?  In a certain way we can, for example in the recognition of all non-Baptist traditions that baptism ‘counts’ regardless of the denomination. Baptism is in a sense an ‘ecumenical’ sacrament already.  Several principles are worth mentioning here. First we can distinguish between what the tradition has called the ‘esse’ (‘being’ in Latin) of the Church and its ‘bene esse’ (literally ‘being well’) or even ‘plene esse’ (‘being full’). In other words we can readily agree that other traditions are ‘Church’ though we will think there is something that would be a benefit to add or change.  But secondly there is the ‘article (of faith) on which the Church stands or falls.” There are some things where, if it alone were wrong or absent, it simply wouldn’t be ‘Church.’ One such is saying Jesus isn’t Lord (that’s why we say the Creed). Another would be saying a Church can exclude based on race (the Nazi claimed this, as did the Reformed Church in South Africa). Yet a third might be basing salvation on works (though we would have a debate over when this is so).  In other words, there are ‘deal-breakers,’ though they are few, would have to be explicit and prolonged (one dumb sermon doesn’t suffice!).

Here you might ask, ‘but can’t teaching change, so that something that seemed wrong might turn out to be true if seen in a new light?’  In such cases the Church has insisted on what it calls ‘reception.’ One would have to test this new idea in prayer and thought over generations to make sure it is not a cultural blindspot.

What does all this add up to? We are first of all members of the ‘Church catholic’, the macro-level assembly of the faithful over centuries and continents.  Then we are members of a denomination, a national Church, a diocese, a parish, though always striving for new ways to be ecumenical.  We are always reminding ourselves that in the New Jerusalem these distinctions will be gone, as we will all stand together before the Lamb.