The Church- It's Fellowship (Togetherness, Community) 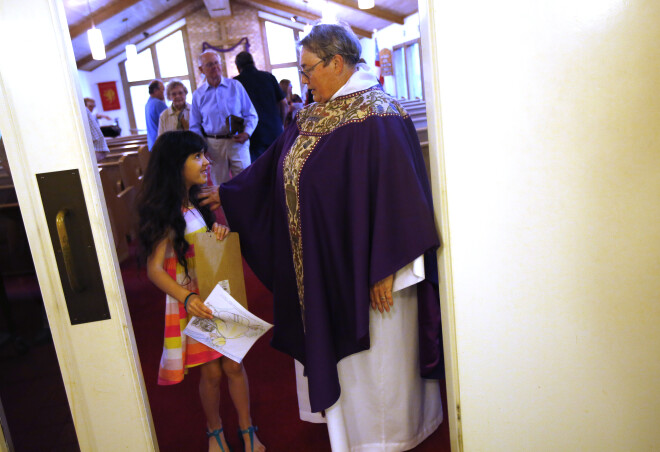 I want to offer descriptions of those in the nave (the ship, itself a picture of the Church evoking Jonah and the disciples) in relation to the actual experience of Christians week by week. You might say that the twofoldness of the Church from the last entry points to the experience of the Church as flawed or broken. For a key passage from the New Testament we might have chosen the parable of the net that hauls in both fish and trash, and which is to be sorted out, not by us, but by the Lord on the Last Day.

In this entry I want to focus on the togetherness of the Church, its reality as a corporate reality, its ‘us-ness.’  While we hear Christ’s call as individuals, to be sure, we are called into a people, a family, a body, a society.  The book that expresses our Christian faith guides our ‘common prayer.’  A good passage to listen to here I Peter 2.  There we are compared to stones which together make up the Temple, whose shared purpose is offering sacrifice (which is our praise and thanksgiving for the one sacrifice of Jesus, who is Himself compared to the cornerstone of that one edifice).  Peter also calls us ‘a priesthood,’ together, a people, a nation.

To be sure, there are many metaphors for the Church in the New Testament (some of which can be found in a classic text like Avery Dulles’ Models of the Church).  But they all share this together- factor, for which reason our being a people should come first.  Think of it this way - there are lots of ways to describe Americans, and we have our divisions to be sure. But America as a single people is a fact, historical, sociological, political, before it is an idea. So it is with the Church. (And obviously this challenges some of the individualist and consumerist assumptions we make so easily.

Walk down main street in most towns, and the number of different denominations belies this claim, doesn’t it?  How is the Church, as the Creed says, ‘one’?  This is a fair indictment.  At the very least we should say that denominationalism and divisiveness in the Church are scandalous, that is, contrary to the Church’s very nature. We ought constantly to be thinking and acting in ways that recognize their problematic nature.

Saying that the Church is a people also says that it conveys an identity, or more precisely, our identity in Christ Jesus is one that implies initiation through baptism and thus a shared identity.  This is the main answer to one of the great issues in the cultural struggles of our time.

Google and discuss Avery Dulles’ Models of the Church

I Believe in the Church 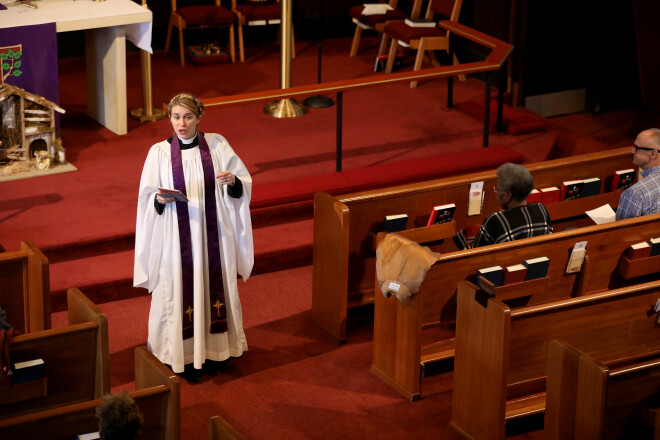 Reinhold Niebuhr once quipped that sin was the only ‘empirically verifiable’ claim in the Creed.  If its profession may be easier than we would at first suppose, then that of the Church is surely harder. In what sense do we ‘believe in’ it?  Isn’t belief reserved for God? And don’t we all have at some level a running complaint with the Church, whether it be as a result of scandal, or conflict, or garden-variety inertia and hypocrisy?  We can clarify the matter in this way: we ‘believe in the Church’ precisely as a form or re-expression of our belief in God. But insofar as it begins to be something we could ‘believe in’ over against faith in God it would be invalid. In other words, what is the relation between our faith in the Church and our protest against it, both in relation to our faith preeminently in God?

In answer, consider Paul’s description in II Corinthians 4:7-9: the Church as the broken clay pot in which the treasure is found. Now his primary meaning is the weakness of the Church, its proneness to persecution and suffering, so that its dependence on God will be clearer.  But you might equally apply the image to its shortcomings. The Church is broken, and yet it is the place where God chooses to put the treasure of the Gospel. Both are true at once. Insofar as it is broken, we must be honest about its flaws. But we cannot scorn it, since it is also where He wills us to find the Gospel of grace.  It too is twofold.  There is by divine design no way around it, and, anyway, its flaws are…ours.  At the very least we are disbarred from exempting the Church from critique, and from supposing we can stay home with our Bibles and suppose we are leading Christian lives as the New Testament imagines them.

So we need to at once sing the Church’s praise, and submit it (us) to strong criticism. It is where we find the surpassing good in comparison to which all our own claims are so much dross (Philippians 3:8).  But it rightly received a harsh verdict embedded in our own liturgies (Ash Wednesday Litany of Penitence, congregation’s part in Palm Sunday Gospel, Solemn Collects for Good Friday).  It is both at once, seen on the one hand in the light of God and in the other on our own.

Before we end this reflection, we should add that often our critique of the Church ought to be a critique of ourselves. We use affronts as excuses to be lapsed. Or we turn the Church into a spiritual consumer product we can take or leave. We here too have seen the enemy and it is us. In these ways the Church becomes an occasion to challenge us and our resistance, and hence is exactly something we are called to ‘believe in.’

In a less polemical mood, we can at least say this.  The Church is always twofold. It is a human organization open to all the kinds of assessment we might submit it to, organizational, sociological, economic, etc. This is part of what we mean by saying ‘broken clay pot.’ But it is also more than and different than this, since God has taken that pot and put something within it which cannot be defined in these terms, something of limitless price for which one would sell a whole field to gain it.

For discussion: in what sense is the Church, as faithful humanity collectively and not just individually, also ‘at once justified and a sinner’?  What does this mean as you look at the actual life of the Church? How do you see each?