The Psalms of Revenge and Violence and COVID-19 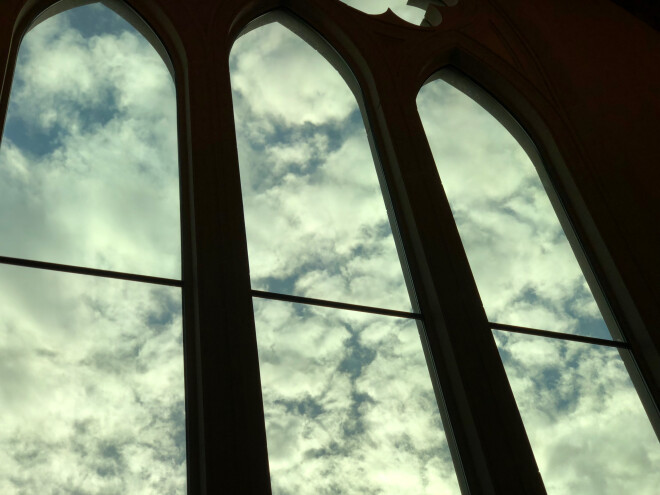 During these days of self-isolation, social distancing, and hand-washing meant to slow down the pandemic of the coronavirus, one possible positive outcome for Episcopalians is the re-discovery of the Daily Offices. The offering of prayer and praise, alone or with a virtual community at morning, noon, evening, and night, is a venerable tradition rooted in the daily rhythm of Temple worship in Jerusalem, continuing in the lives of the Desert Mothers and Fathers, flourishing in the monastic movements of he medieval church, and consolidated and simplified for a return to the laity of the Church of England during the Reformation. Central to these acts of worship are the psalms of the Hebrew Bible, oftentimes referred to as the prayer book of the Jewish Temple, the early church, and Jesus himself.

The psalms are beautiful, powerful, majestic, and poignant prayers to pray but some of them cause us to recoil with their occasional entreaties for revenge and violence. The many references to the enemy, the adversary, the wicked and evil-doers and related requests for God to smite them seems incompatible with the words of our Lord Jesus Christ who taught us to “love our enemies and pray for those who persecute us” as well as to forgive “seven times seventy.” What’s a Christian to do?

Early on, the church understood that there are different levels of interpretation when reading Scripture. Among them are the literal, the symbolic, the moral, and the spiritual. My personal view is that when we come across parts of the Bible that give us pause, we are to wrestle with them to discover how they can be the word of God for us rather than simply rejecting them outright. For example, in my own prayer life when I use the words enemy or adversary in the psalms, I think evil, death, or even Satan rather than other human beings. At the same time, I must also admit that I have experienced many of the same negative emotions expressed by the psalmist towards other human beings. In many ways, I am not so different from our spiritual ancestors.

One of the most horrific texts, in my opinion, is found in Psalm 137:8-9 where a grieving person who has been forced into captivity prays: “O Daughter of Babylon, doomed to destruction, happy the one who pays you back for what you have done to us! Happy shall he be who takes your little ones and dashes them against the rock!” What do you do with that?

St. Benedict in his sixth century Rule for Monasteries uses this passage spiritually for his monks when he writes: “It is the one who under any temptation from the malicious devil, has brought him to naught by casting him and his temptation from the sight of his heart; and who has laid hold of his thoughts while they were still young and dashed them against Christ.” Benedict urges dashing evil thoughts while they are young against the rock who is Christ rather than babies!

These days of global pandemic have provided new images for my prayer. I can imagine the Covid-19 virus as the enemy and adversary who is seeking to destroy our relationships and communities by bringing fear, disease, and death. I can see neighbors engaging in combat in this war by looking after their family, friends, and other neighbors while employers care for their employees. I see clergy experimenting with new ways of pastoral care and prayer. I can also imagine tireless health care workers, epidemiologists, and research scientists doing battle against this enemy until a vaccine or therapy is discovered. Then, happy shall she be who takes the Corona virus and dashes it against the rock! Can I get an Amen?

It has been a momentous week, liturgically-speaking. Last Sunday we gathered on mountaintops to receive God’s continuing revelation of Jesus as the Beloved Son to whom we are to listen (Matthew 17:1-9). We also recounted Moses’ ascent to experience the glory of the LORD which was like a devouring flame on the cloud-covered mountain. “Moses was on the mountain for forty days and forty nights” (Exodus 24:12-18). On Wednesday we began our own forty day and forty night journey as we received ashes on our foreheads as signs of repentance to mark the beginning of the Lenten season. This Sunday we will sojourn with Jesus in the wilderness where he fasted for forty days and forty nights, encountering and being tested by the evil one (Matthew 4:1-11). It was a quick trip from the mountaintop to the wilderness. How quickly circumstances in our lives can change!

I am grateful for the mountaintop spiritual experiences I have been blessed with in my own life. It is my sense that most of us have had personal encounters with the Holy which have sustained us through both ordinary and difficult times. Even though they may be fleeting, and we often have difficulty in sharing these stories, they are tangible touches from God.

Being tested by the evil one is another matter, however. Consequently, we pray in the Lord’s Prayer “lead us not into temptation, but deliver us from evil,” or “save us from the time of trial and deliver us from the evil one.” Since times of testing and trial are far from pleasant and sometimes downright painful, why does God allow such temptations? I think the answer lies in the fact that God loves us just as we are but loves us too much to leave us as we are. We are in the process of being transformed to share the very character of Christ, just as “gold is tested by fire” (Romans 5:3-5; 1 Peter 1:6-7; Hebrews 12:10).

May God use the trials and temptations of these forty days and forty nights to grow the fruit of the Spirit in our lives: “love, joy, peace, patience, kindness, generosity, faithfulness, gentleness, and self-control” (Ephesians 5:22-23). In the words of the familiar Hymn 150:

Forty days and forty nights thou wast fasting in the wild;

Forty days and forty nights tempted, and yet undefiled.

Then if Satan on us press, Jesus, Savior, hear our call!

Victor in the wilderness, grant we may not faint nor fall!