Out of Egypt: Communion Partners in Cairo 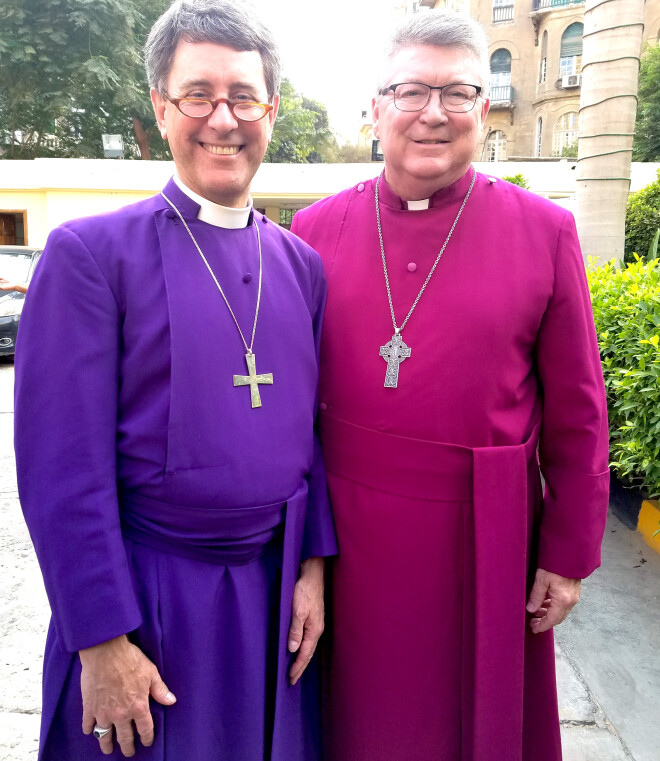 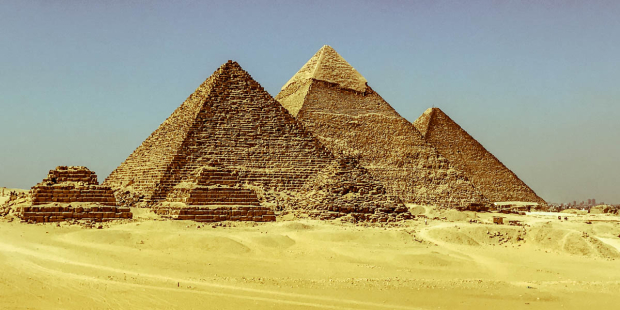 Out of Egypt: Communion Partners in Cairo

“Out of Egypt have I called my son” (Matthew 2:15). This prophetic quote is inscribed on a small monument in the compound of the Anglican Cathedral of All Saints in Cairo, Egypt. The Cathedral was the site of the recent Global South Anglican Conference to which Bishop Stephen Andrews of the Anglican Church of Canada and I (Bishop Michael Smith of the Episcopal Church U.S.A.) were invited as Communion Partner observers.

Egyptian Christians are rightly proud of the fact that the Holy Family of Jesus, Mary, and Joseph sought refuge in their country during the persecution of King Herod as recorded in the second chapter of the Gospel of Matthew. Legend has it that the Virgin Mary appeared to the Coptic Pope Theophilus of Alexandria in the fourth century and shared the details of the Holy Family’s sojourn, including the places where they sought refuge. These sites are Christian shrines and places of pilgrimage to this day and Coptic icons portraying the Holy Family with pyramids in the background are popular images of devotion. The invitation to meet with fellow Anglicans from the Global South in this ancient and holy land was truly a privilege. 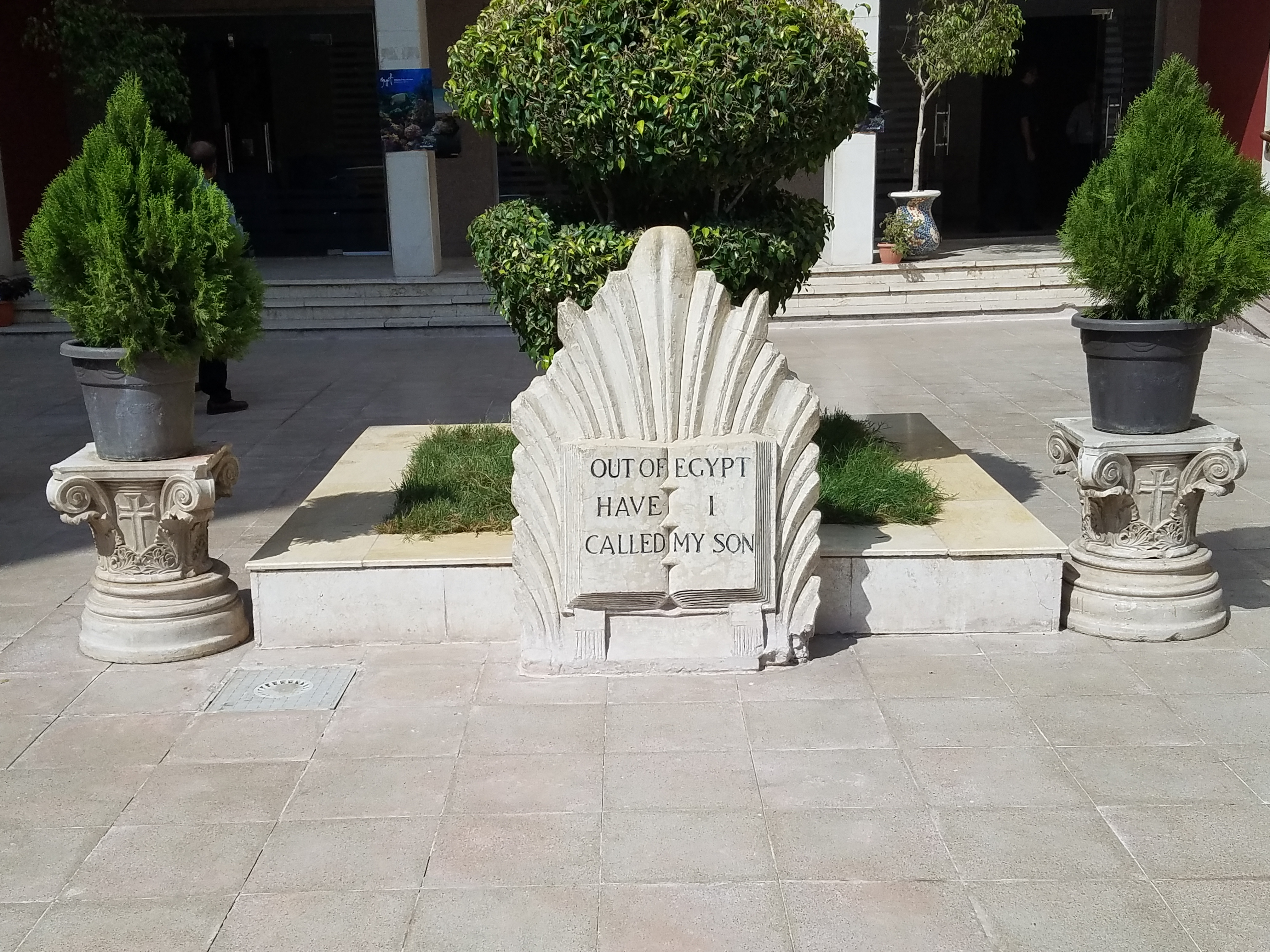 The Global South provinces are those Anglican churches in the “third world” or developing countries. Now comprising a substantial majority of Anglicans worldwide, they began meeting triennially in 1994 for prayer, fellowship, and discussion of common issues faced in their contexts related to evangelism, poverty, colonialism, and the negative impact heterodox theology or “false teaching” has on their mission and ministry. This was their seventh meeting and the Communique′ or “7th Trumpet” from the Conference can be found http://www.globalsouthanglican.org/blog/comments/the_seventh_trumpet_communique. 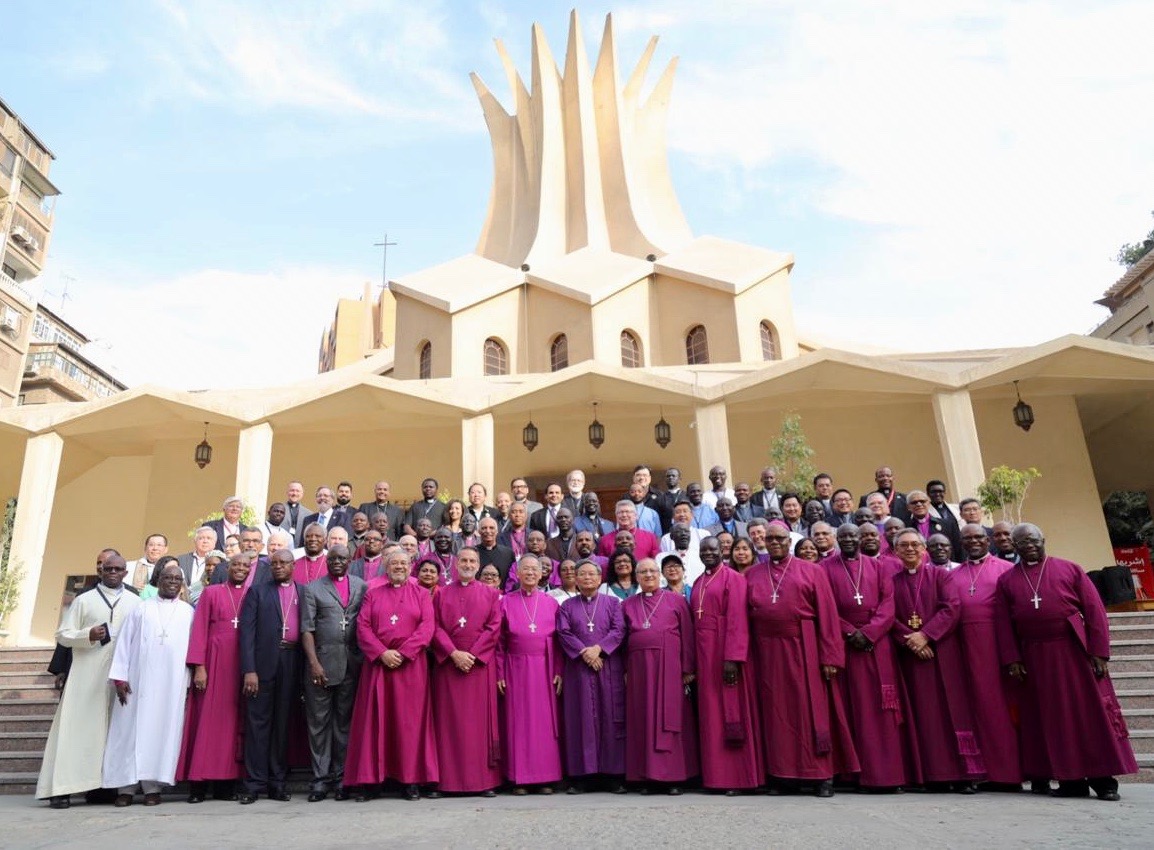 Weighing heavily was the grief caused by the reality that the fabric of the Anglican Communion has been torn by unilateral actions of several “first world” provinces of the Global North, including our own Episcopal Church, and the subsequent reactions of a number of churches of the Global South. This was most dramatically evidenced in the boycott of the 2008 Lambeth Conference by 230 bishops, representing twenty-six percent of the dioceses of the Anglican Communion. Unfortunately, the same action is predicted for the upcoming Lambeth Conference of 2020. Some say that the vision of a global communion of interdependent churches has given way to the reality of a federation of independent churches.

Not only that, the failure of the Instruments of Communion to bring about reconciliation through the proposed Anglican Covenant due to opposition from the extreme Left, who found it too restrictive, and the extreme Right, who perceived it as too permissive, is another frustration. In response, the Global South has surprised the world by unveiling what can be considered the “Anglican Covenant 2.0” in their document A Proposal on the Global South Fellowship of Anglican Churches Structure can be found at http://www.globalsouthanglican.org/images/uploads/GSA_Covenantal_Structure_%28adopted_on_11_Oct_2019%29.pdf.

In the works for three years, the proposed structure for a more disciplined, intentional, doctrinal fellowship of churches within the larger Anglican Communion has been approved by the Global South Conference and sent to their provinces for adoption. It appears that the growing churches of the Global South have had enough of being dominated by the declining churches of the Global North in the councils of the Anglican Communion. This action raises many questions, but it and potential reactions to it may ultimately be a game changer in the Anglican world. I sensed I was witnessing history in the making in Cairo.