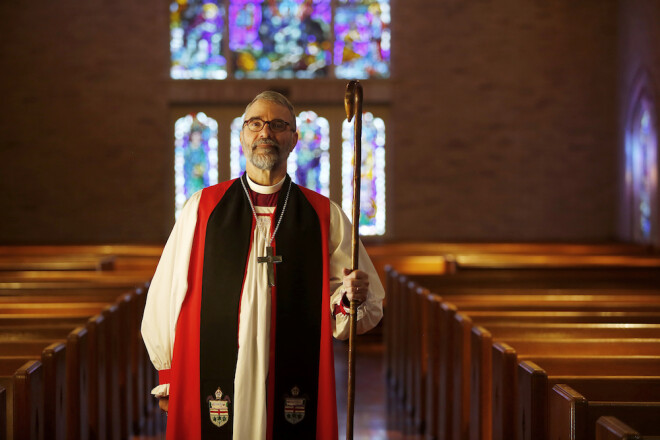 I recently read the title of a new book by Professor Alan Jacobs of Baylor, ‘the democracy of the dead,’ by which  G.K. Chesterton meant tradition as a conversation with the great Christian voices of the past.  It is a fitting description for an upcoming conference, sponsored by The Living Church, and sponsored by St. George’s, Nashville, which focuses on the understandings of Church and society of Augustine of Hippo and Benedict of Nursia. The first is the most influential theologian for most of our Anglican history, though he led and wrote in North Africa in the 5th Century while the second is the grandfather of the monastic movement, an abbot in Italy in the 6th Century. One thing they share is facing the challenge of the collapse of the Roman Empire, and the great forgetfulness of the Christian way which resulted, as well as social disruption.  Many in our time see around us an analogy to this era.

Both writers believe that the Gospel requires a distance between Church and State.  For Augustine this meant his theology of the ‘two cities,’ the city of this world mixed into the city of God headed toward the Kingdom, like the wheat and chaff of Jesus’ parable.  They can be distinguished in theology, but not effectively separated in this ‘in-between’ age.  Benedict offered a different solution, namely communities of believers separated from the world.  Now Augustine and Benedict both thought that the Church had a mission to the world around them, to preach, to influence culture, to borrow what could be useful (what Augustine called ‘despoiling the Egyptians’).  But how in each case this mission was to be fulfilled differed, in one case a discipline of theology and leadership amidst the world, and in the other communities separate so as to be ‘cities on a hill.’

If we assume that the culture of our time drifts unmoored away from Christian assumptions, how might we imagine the future of the Church? It is a debate, once again, between Augustine and Benedict.  It is then an either/or? And to what extent is our own Episcopal tradition competent for either? What might make us more so? This much we can agree on: these two figures represent what Barbara Tuchman called ‘distant mirrors’ for our own, otherwise unique, time.