A Welcome to Ethiopia

I write to you now from the diocese of Egypt and the Horn of Africa. It is not very powerful nor materially wealthy, however, it is the diocese of Athanasius, Augustine, Cyprian, Origen, Tertullian, Anthony, and Frumentius. Christ never visited Dallas, at least not in His incarnate life anyway; but he has visited this place. I am currently in Gambella, sitting in my new home at St. Frumentius Theological College, after ﬁnishing an incredible week of getting to know Ethiopia as both a student and a pilgrim. 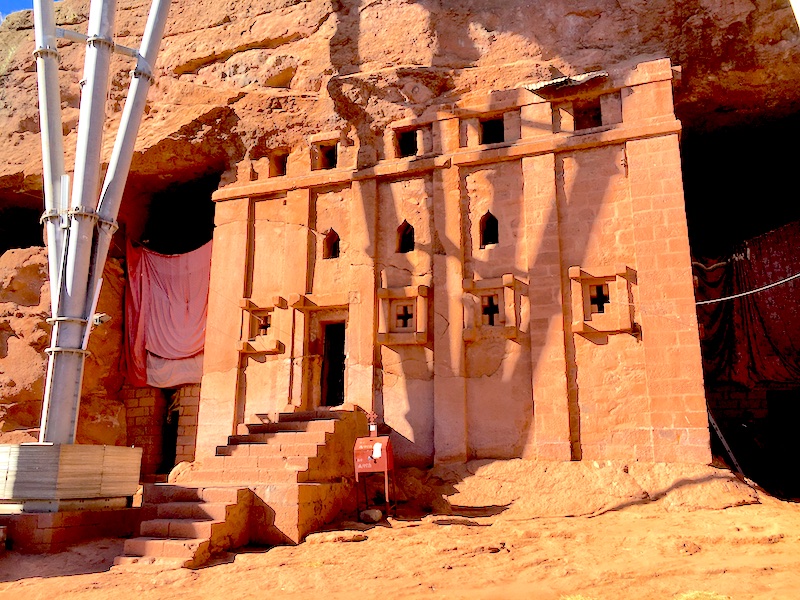 Ethiopia is not a place one can navigate easily on one’s own, but I have been met by many in our extended Church family who have begun introducing me to the country in essential ways that have already begotten new friendships. I was greeted at the airport by Frank, a scrappy, elderly Englishman who I have come to like very much. He knows Addis Ababa like the back of his hand, “mostly the eastern part,” he said, and has lived here for much of his life as a teacher, tour guide, and servant to the church here in countless, unassuming ways. 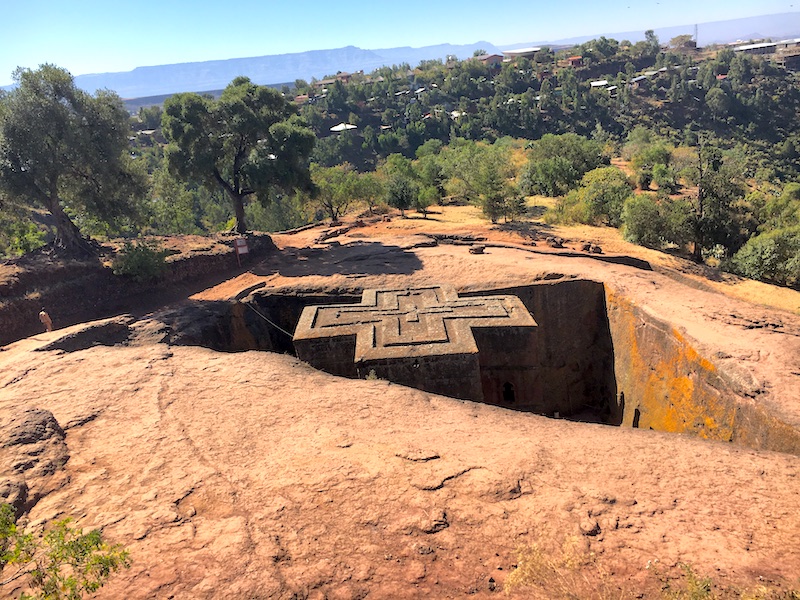 My ﬁrst few nights in Addis Ababa were spent at the Swiss Nile Guesthouse, the owners and operators of which are incredibly inspiring and deserve a newsletter of their own. They have established a series of ministries to provide an equitable livelihood to Ethiopians, e.g.: an optics glass manufacturing shop, a carpentry shop (where they teach disabled people furniture-making), a farm, and, I am sure, other things I am yet to learn about. Ursula and Hazel, some of the older residents and ministers living at the Guesthouse, have been living in Ethiopia for much of their lives, even surviving for a time outside the city during “The Derg” and civil wars of the mid-70’s and 80’s. They, of course, speak excellent Amharic. 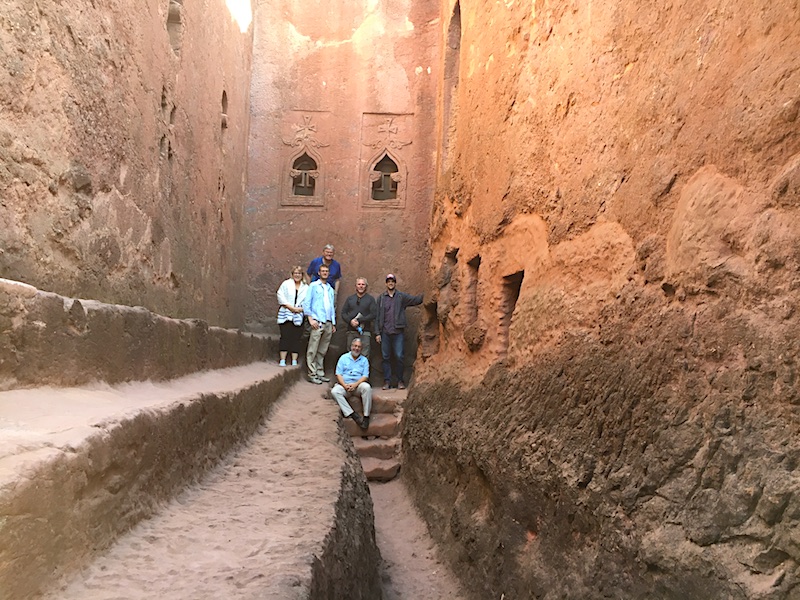 As providence would have it, my ﬁrst week in Addis lined up with the time a group of students from Trinity School for Ministry in Ambridge, Pennsylvania, were here to do a cultural-immersion course lead by the former bishop of this area, Grant LeMarquand. This time enabled me to get an introduction to the country’s history and culture, as well as to ask Bishop Grant questions about living and teaching in Gambella. We did visit many cultural and historical sites, e.g.: we learned about Heile Selassie, saw Menalik II’s palace, and the National Museum where the famous “Lucy” skeleton is kept. 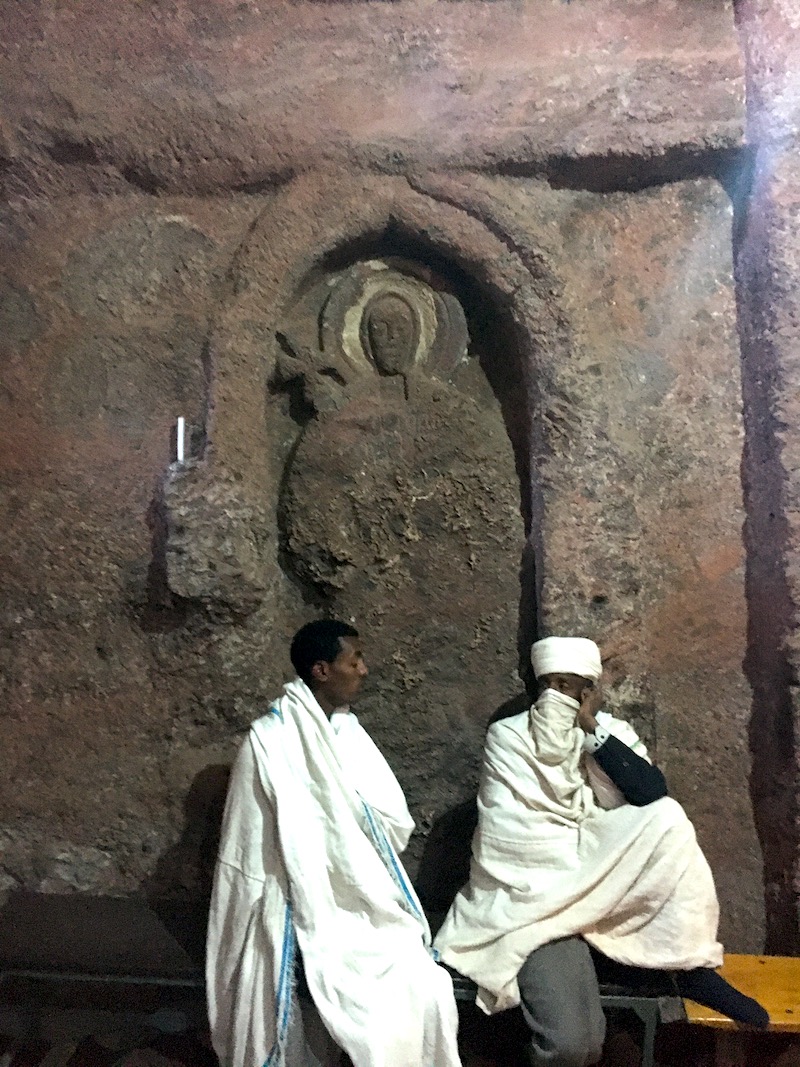 We also attended the Anglican Church in Addis, or, the “English Church,” as it is often called. It was originally constructed for British expatriates, aid workers, and missionaries. Over the years, however, because Anglicanism has grown in this region, at least half of the community is African. The leadership of the church is increasingly African and is becoming a localized ministry of its own, Africans and expatriates together. How wonderful!

After spending a few days in Addis, we ﬂew to visit ancient Christian sites in Axsum and Lalibela. We woke up the next morning at 4:30 a.m., to visit St. Mary’s, where, purportedly, the ark of the covenant is kept, and to walk in the procession of the “Tabot,” a replica of the ark made for public ceremonies. There were probably a thousand people carrying candles in the procession behind the ark, itself held by one priest atop his head and escorted by large, beautiful liturgical crosses and umbrellas. The ark was processed around the village and stopped in a town square, where prayers were chanted and a homily was given at the end. This event was truly moving, and was the point in the trip where, after having seen some Orthodox Churches already (e.g. St. Raguel’s), we began to identify more with Orthodox devotion itself, feeling at this point more like pilgrims than spectators, Christians, rather than tourists and students. 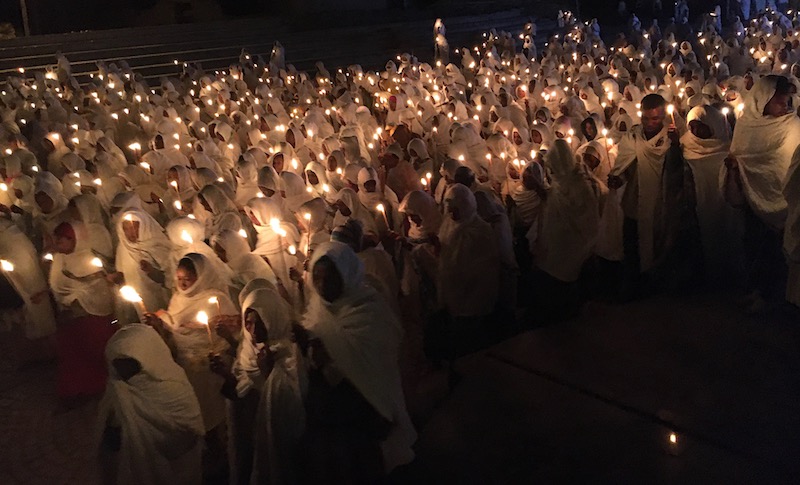 The next day we arrived in Lalibella after spending a few hours in the Mekele airport while we awaited a new plane to arrive (hydraulic fuel loss). I did not quite know what to expect when we arrived in Lalibella. Soon I too would get to receive one of the incredible gifts that God has given to Ethiopia, its own “Holy Land.” Lalibella, located in northern Ethiopia, is home to eleven rock-hewn churches, many of which are accessed by tunnels and trenches. We stopped and prayed at each. They say that angels carved the churches of Lalibella, and after seeing them I am likened to agree. The churches were made to provide pilgrims with an alternative holy site to that of the Holy Land proper, a symbolic representation, because too many pilgrims were dying when attempting to make the journey to Jerusalem, especially during the Muslim invasion of Jerusalem by Saladin. Lalibella has subsequently been called the “Holy Land of Africa.” I found this to be true; thus, it was a blessing to be able to make my own pilgrimage here.

The next day I said goodbye to the group from Trinity and spent a night back at the Swiss Nile. Frank, of course, offered to pick me up at the airport along with Fr. Jeremiah, a priest from Gambella who was staying at St. Matthew’s Anglican Church. In Gambella we crammed into an over-crowded mini-bus, our luggage strapped to the top. We made our way down the dusty streets of Gambella. The road to St. Frumentius passes by the green ﬁelds that surround the airport, but eventually give way to town where street vendors sell things like rice, lentils, fruit and some packaged goods in wooden stalls with tarp-covered porches. There are some permanent structures along the road, a hotel, and a brick shopping center. The streets are lined with men, women, and children talking and shopping. Once arriving at the College, I was greeted by Chris Wilson, the school’s director and main teacher, who showed me where I would be staying and gave me a tour of the campus.

St. Frumentius is in a walled-compound joined by other concrete buildings painted yellow and grey. There are lots of trees on the compound, including mango and papaya, that shade the school’s pebbled walkways. Just up the road from the entrance sits a large, open-faced, circular church. Classes resume on Monday, so there are not yet many people around. Next week the church then will be ﬁlled with people. For now, though, the pulpit and African drums are silent. Geckos and lizards skirt here and there as I walk across the grounds. For now, it is quiet. Time to settle in.