The beginning of the good news of Jesus Christ, the Son of God. 2 As it is written in the prophet Isaiah, “See, I am sending my messenger ahead of you, who will prepare your way; 3 the voice of one crying out in the wilderness: ‘Prepare the way of the Lord, make his paths straight,’” 4 John the baptizer appeared in the wilderness, proclaiming a baptism of repentance for the forgiveness of sins. 5 And people from the whole Judean countryside and all the people of Jerusalem were going out to him, and were baptized by him in the river Jordan, confessing their sins. 6 Now John was clothed with camel’s hair, with a leather belt around his waist, and he ate locusts and wild honey. 7 He proclaimed, “The one who is more powerful than I is coming after me; I am not worthy to stoop down and untie the thong of his sandals. 8 I have baptized you with water; but he will baptize you with the Holy Spirit.” 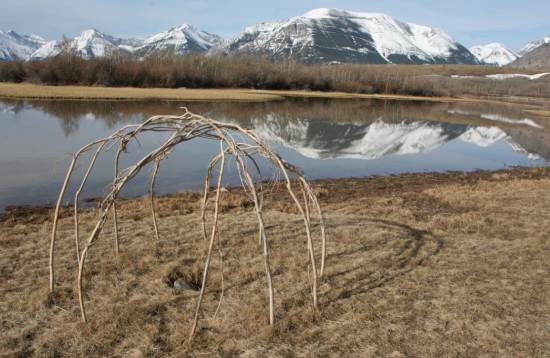 We are used to thinking of baptism as the sacrament of initiation into the Christian community “in the name of the Father, and of the Son, and of the Holy Spirit,” but John the Baptist is proclaiming a “baptism” of repentance to Jewish folk. What might that have meant to them?

In the Jewish tradition of biblical times there were people known as “God-fearers” who were Gentiles or non-Jewish believers who honored and lived by the commandments of the God of Israel. Some of these God-fearers actually became Jews by submitting to circumcision, if male, undergoing a ritual washing with water or baptism to cleanse from the corruption of idolatry, and offering a sacrifice at the Temple.

There are other references in the Hebrew Bible to water baths for the purpose of washing away uncleanness. For example, when a person became “unclean” through such things as contracting skin diseases, touching something dead or eating non-kosher foods,  they were separated from the community at large and prohibited from participating in the sacrificial system of the Temple. The remedy was “purification” which oftentimes included ritual baths and washing of clothes.

Other cultures throughout time have used water in their spiritual rituals. On Turtle Island or North America, for example, the Indigenous peoples of the Great Plains participate in what we call the “sweat lodge.” A hole is dug in the earth and covered by a canopy of logs or tree branches. Rocks heated outside in a large fire are brought inside the lodge. Water poured on these red-hot stones results in a steam bath. When accompanied by prayers, the sweat lodge is a purification ceremony for body, mind, and spirit.

How does John see his followers being purified? John the Baptist is preparing the way for the Lord Jesus and the arrival of God’s bodily presence among all the tribes, nations, and peoples of the earth, beginning with the clans of Israel.  He preaches a “baptism of repentance for the forgiveness of sins.” The Greek word for repentance is metanoia meaning “changing one’s mind.” John simply wants the hearers of his preaching to change their minds about anything that is disobedient in their lives to the will of God. John calls them to walk in a new direction of harmony, turning around and walking towards the Creator in the path of obedience to God’s ways. This decision and change of heart is then marked by immersion into the waters of the Jordan River as a cleansing ritual of purification and a sign of beginning anew.

We, too, are called to heed the words of John the Baptist by turning our lives around in the cause of welcoming Jesus into our midst. One thing is clear from the teachings of the Creator’s covenants with human beings: no matter how far we have strayed from God’s ways and wills for our lives, we are always welcomed home when we are ready to return. There is a sense of urgency about that decision, however, especially during this Advent season when the church recalls that history will have an end when Jesus returns in glory. There is still time, but the time is now!