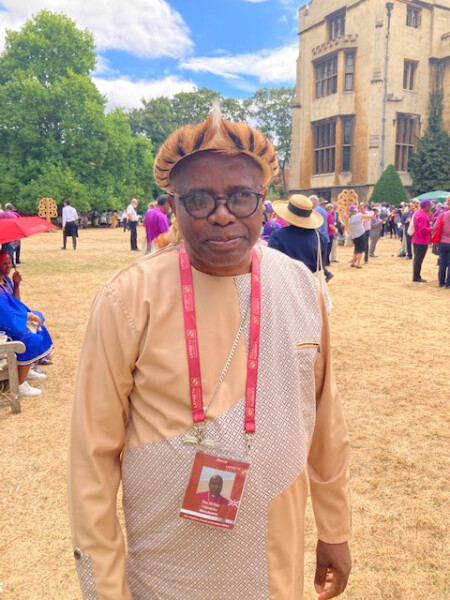 As has become a bit of a tradition, the bishops travel to London to make a statement about the environment (this year’s concerning planting trees), but also to see Lambeth Palace, be greeted by a royal (the queen, alas by letter), and float in boats down the Thames. We were advised to wear ‘lounge suits’ (I have been wearing them for years unwittingly), sporting clothes, or national dress. As to the last, Bishop Mayer sported a cowboy hat, and a South African bishop had a remarkable impala hat (see pic). 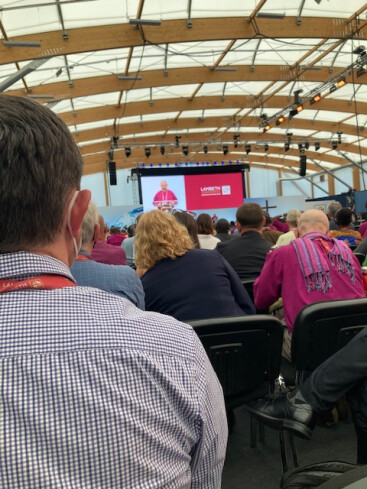 Lambeth Dispatch: Are We Voting? On What? You may have read in the media of some of the conflicts here at the Conference. Let’s look at it charitably- there is an inherited teaching some can’t hear and no one can enforce. We come from quite different worlds. Local agendas collide with global ones.

The controversial question is the Call on Human Dignity. This is because Lambeth 1.10 in 1998 included both the traditional teaching on marriage and an exhortation to guard the dignity of all. The Call at this Lambeth includes an explanation and then action(s). In this case the explanation as we arrived was traditional, but after an uproar especially from the Americans it was changed to something with a tinge of pluralism. The tension that resulted led to a (wise in my view) decision to have no clicker voting, followed by a reversal allowing a voice affirmation which rewards shouting!

But the matter is yet more complicated. The Global South apparently will have a reaffirmation of 1.10 bishops can sign (I haven’t read the text, but presume I will sign it). The ABC will write a letter to the Global South affirming resolution 1.10. Finally the vote will today be on the action of defending the persecuted, not on the explanation behind it with the controversial sentence. All of this will be very hard for many for whom English is not their first language. As my Spanish teacher likes to say, ‘clear as chocolate?’ I believe we’re back where we’re started, but with the Communion more frayed. Keep praying for us. 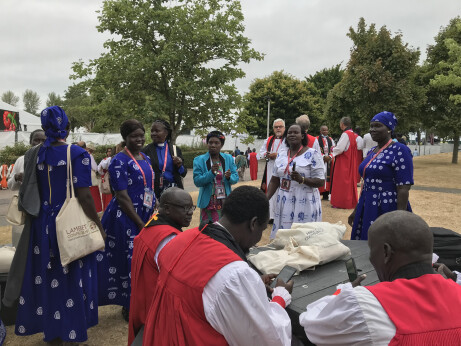 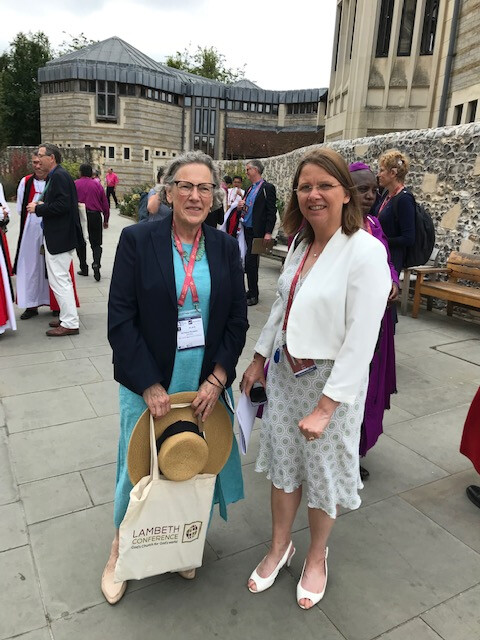 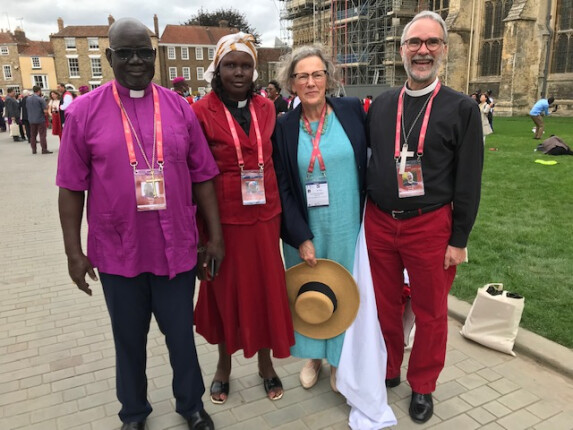 The conference comprises so much. It is a wonderful opportunity for face-to-face meetings, with old friends and new. As to the latter, my group includes an Igorot named Hilary from North Luzon in the Philippines. As to the former it was a pleasure to see Maker Atot of S Sudan and his wife, whose daughter is a member of St. Philip’s mission. (See picture).

Obviously the conferences has its tensions and sub-plots (which I might add seem to have been defused by the decision today not to have voting on the controversial resolution). But the conference has also transcended these for a heavenward moment in its opening Eucharist. The Zimbabwean choir echoed throughout the cathedral. A sense of solidarity across differences among us who have so much in common was palpable (the pic shows a snippet of the processional). The millenium and a half of common history made its silent point. Archbishop Samy Shehata of Egypt, a friend of our diocese, received his primatial cross. The closing hymn of Charles Wesley, ‘And can it be…’ grounded all these feelings in the accomplished work of the atoning death of Jesus for each and all. A friend said ‘for a moment the sky cracked open…’, something I believe many felt.