The Human Being as Hopeful 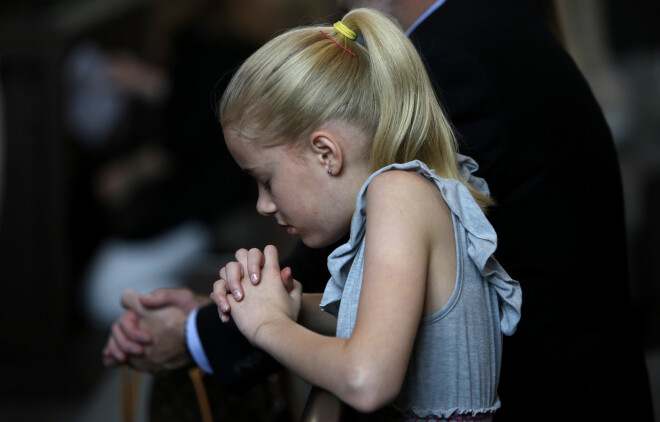 By way of review, we are sketching the nature of the human being which we can gain sight of through the window of God’s Word as His creature, both in our divine determination and our corruption. We have hints of this on our own (as the beginning of our catechetical house showed), but now can see ourselves more clearly as we are shown at the same time God’s nature (see John Calvin’s spectacles, with their two lens, showing us Him and ourselves at once).

Hope may seem to us an unambiguously good thing, but it was not so for the ancients. Recall how, in the story of Pandora’s box, that hope was the final curse that flew out as a result of curiosity, for hope kept a person from that resignation which is a more accurate approach to life in the world. Perhaps more neutrally we can turn to another ancient source, the Greek philosopher Aristotle, who emphasized that the human is so constituted as to be directed toward an end, a goal, a telos. Humans are creatures not only toward something in the other way that animals are (wanting warmth, food, etc.), but they are creatures with ‘towardness’ consciously and deliberately. Another way to say this is that humans have, and can think about, a future in a way that no other creature can.  They can summarize their lives, or even the collective life of the race, and wonder what it is toward.  They can speculate about its telos, be it nuclear night, or reincarnation, or a cosmic contraction, or the classless society or robot dominion.

Or think of it this way: all the human sciences are works in progress, all incomplete and striving toward a fuller truth, all assuming somehow that there lies ahead a place of arrival where we understand ourselves and the world truly, where all the different disciplines are in harmony, since truth is by definition one.  Now since we are at once in-the-image and sinful, we use the pursuit of truth, and its imagined goal, for our own personal ends.  The utopias ahead of us are as cracked as we are. But hope too is remainder of our created nature, as well as an opening to the redeeming work God wrought. Flawed, we also are able to hear a message like resurrection.

Posted by The Rt. Rev. George Sumner with
Tags: the episcopal diocese of dallas, e6, the rt. rev. george. sumner; the episcopal church
June 6, 2019
in E: The Nave I: the human being, created, broken, redeemed, hopeful, justification

What does it mean to be free? We value nothing more in our culture: ‘live free or die’! Yet we also imagine various ways in which we are anything but free: our genes, our families of origin, economic forces, etc. We think of freedom as room I must win, as autonomy I must wrest from others. Freedom is our prime cultural goal and our problem.

Christianity agrees the the human is made for freedom; in fact it contributed historically to this very goal. Jesus tells us that the truth will set us truly free (John 8:36), but the truth spoken of here is not only in our minds, since the ‘good I would do I do not do.’ (Romans 7:19). It involves the freeing of our wills from bondage, distortion, fear, and guilt. Without this, what we imagine to be freedom is really the limited power to choose between forms of moral and spiritual slavery.

Trusting obedience to God then is not the opposite of freedom, but its condition, nor does it diminish our dignity, but rather enables our flourishing.

Google the poem, Stations on the Road to Freedom, by Dietrich Bonhoeffer.