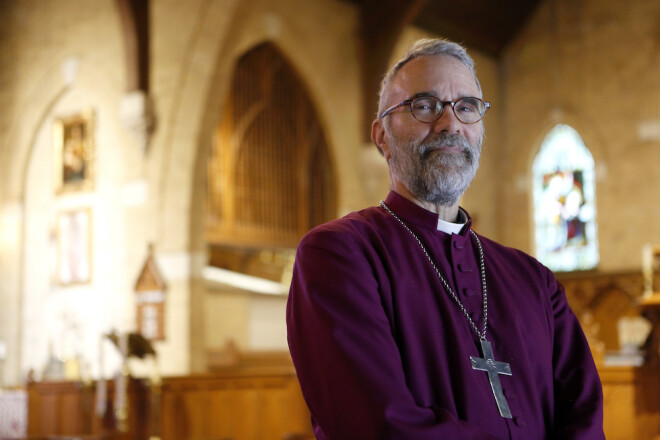 In the late 1970’s I attended Yale Divinity School, where Henri Nouwen was then the most famous figure on the faculty. He was an early and influential voice in the rediscovery of Christian spirituality, and an eloquent advocate of contemplation, quiet, and space for recollection. He actually came to visit Stephanie and me when we were first married and living in a studio in the Lower East Side of Manhattan. Henri was worried about the effect that living in two small rooms would have on our spiritual life; we wondered if Henri had ever been to NYC before!  At any rate, a decade and a half later I heard a story about the master of quiet which made me smile. It turns out that, in the year of silence with the Trappists which led to his Genesee Diary, every evening Henri would commandeer the guesthouse phone and call friends from around the country for hours. Eventually the guest master withdrew all phone privileges. You see Henri was, it turns out, anything but quiet, actually hyperactive, eloquent in the description of what he longed for but did not easily attain. What he was was, in fact, a lot more like me than I had reckoned. Don’t get me wrong- I am not saying he was somehow a fraud, but on the contrary just the man for the job, a master of seeing what in our hearts resists silence. It helped me hear him, in retrospect, to learn how much he was like me as well as how much he knew about the subject that I didn’t.

In a recent reflection in First Things, my friend Ephraim Radner spoke of ‘the time of the virus,’ when we are secluded in quiet, perhaps with our families, without the obsession of work or the hectic activity (though Netflix remains!)  He compares our situation to Jubilee in the Book of Leviticus.  He calls on us to embrace this time of reflection and spiritual retreat, imposed though it be on us.  But you (and I) may ask: what kind of reflection is it to be if accompanied by anxiety for our own welfare, and instability in the very order around us? Well, reflection that is real and profound, whose only answer, and yet whose sure and trustworthy answer, is God.  We are rehearing, relearning, this, in this sudden and surreal way.  But I resist it, would perhaps rather distract myself on the phone (without a guest master to forbid it). Indeed, but this too reveals myself to myself, as I really am, ultimately before the divine and loving mystery whom we know, and by whom we are embraced, who is Jesus Christ.  And to be sure, in my sixty-fifth year, unlike my twenty fifth, I can be grateful that I am enclosed in more than those two rooms, complete with a Murphy bed! In whatever domicile, it is ourselves that we meet, with a companion perhaps, and with our fears to be sure, and with the fourth, the Prince of Peace, as well (Daniel 3:18).