On Heresies - Another Sidebar 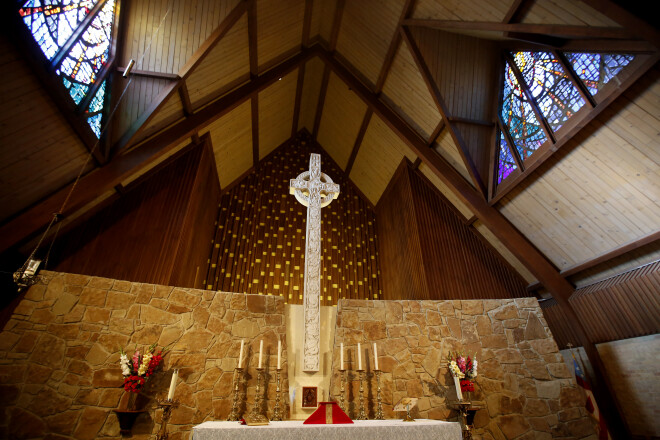 A contemporary theologian named Christopher Morse, in his book Not Every Spirit, said that doctrines are just as likely to tell us what not to say as what to say. They are like guardrails keeping us on the road. At same time it is often, and fairly, said that each erroneous teaching has a element of truth in it, but has become exaggerated, or taken out of context, or has lost sight of a balancing truth.

We can list from the history of Christian doctrine the ways of thinking which need to be hedged out:

If we may return to our starting point several entries ago, Jesus as found in the Scriptures lived our life, forgives our sins, deserves our worship, and will sit on the throne on the last day. Creeds teach how to think of Him, and so of God and ourselves, in a consistent way.

Posted by The Rt. Rev. George Sumner with
December 13, 2018
in C: The Sanctuary I: Who is Jesus Christ? incarnation, atonement, resurrection 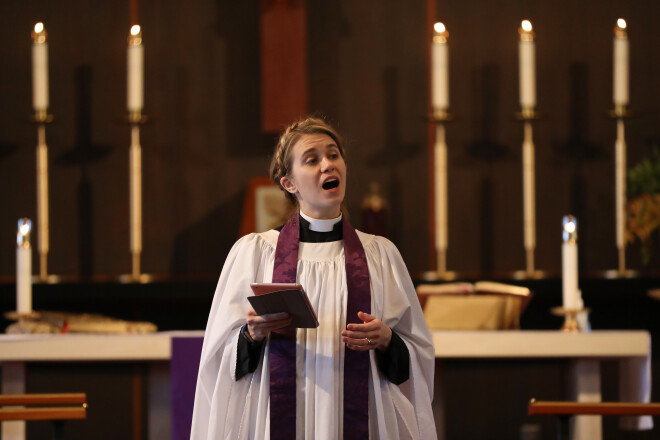 The great Lutheran reformer, Philip Melanchthon, said ‘to know Christ is to know His benefits.’ The sentence could mean two things: first that in all that we experience, both individually and together, of Church, of reading the Bible, of encouragement from other Christians, of our own praying and suffering, we learn by grace something of who Christ is. But it can mean the opposite too: when we are taught who He is and what He has done, and understand, this is itself His benefit, His blessing. Doctrine has an equal place of honor; it is with good reason that we recite the classical summations of what we believe, in the midst of our worship.

The creeds are designed for those to be baptized; in the early Church they were ‘handed over’ so as to be recited by the new believer. As such they were a concise summary of the faith. This means they are also a concise guide to reading the Bible, to staying focused on what is central. We see this clearly in the simpler and older Apostles’ Creed. But this perennial feature does not mean the creeds cannot address what is most pressing in every age, which boils down to how people may be tempted to misunderstand who He is (see Ephesians 4). So in the 4th Century debates, when the Arians could only think of Christ as the greatest of the creatures but not as the Creator, the ringing endorsement of His divinity was added: ‘God of God, Light of Light...’ Something similar poses a threat in every age, including our own. Leaving the Creed out is not because it is irrelevant, but rather because it is too relevant.

Like the Scriptures it encapsulates, the creeds tell a story, from world’s beginning to end, or rather, from eternity before to after. Its actor is the one God, whom it identifies as ‘Father, Son, and Spirit.’ But it does in so doing ‘divvy’ up the divine work between them. On the contrary it is the Son ‘through whom all things were made.’ In all God’s works the persons act in concert.

While the creed’s story begins in eternity it centers on a series of particular and worldly events, the center of history, the birth, death, resurrection, and ascension of Jesus. We will have more to say about the tried and true (‘orthodox’, the ‘straight road’) way to understand who He is, and so who God is. But let us use this popular idea of story and go one more step. The story of God, His nature, words, and deeds, culminates in Jesus. At the same time there is in the Bible the story of humankind, their origin, failing, wandering, covenanting, worshipping, hoping. This story too culminates in Jesus, who is in Himself faithful Israel on behalf of all humankind as God intended. Both plotlines meet in this one life story, which as a result of the resurrection is ongoing.

Sing ‘O love how deep, how broad, how high’ and ‘Of the Father’s love begotten’