The Essential Uselessness of Worship: A Calling For Your Time

Listen to this message from Bishop George Sumner to the graduation class at Beeson Divinity School at Samford University. 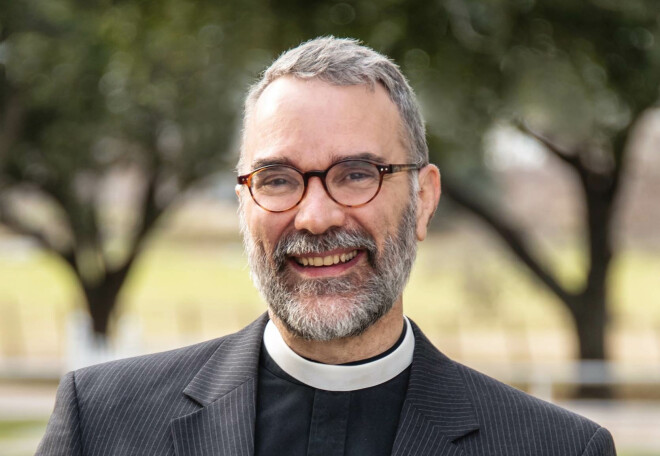 I recently spoke with a friend offering advice to a successful scholar/teacher on the international scene. The friend described how the writer cranks out well-received books for both the professional theologian and for beginners in the faith. But he struggled to find the audience in-between, the layman who reads a lot in religion, the grad of EFM, the well-catechized warden, and last but not least, the parish priest able to withstand the crush of demands and keep reading. So much depends on this middle of the bell curve, the consumer of easy food between Paul's milk and meat.
It is easy to see how cultural forces exacerbate the divide. On the one hand is found professionalization that promote a more elite audience, while on the other is the lowered bar for the consumer. Together they obscure the laity trained for ministry, wise to cultural winds, and growing into maturity with fellow Christians (Ephesians 4).
I have in this regard been reading Fr. Martin Thornton's 'Christian Proficiency.' He has in mind a similar cohort, the competent layman who is a leader, who shoulders his or her responsibility in praying, giving, serving, who has a solid orientation in the nature of the faith without pretense to mute advanced knowledge.
The lay proficient first of all has what Thornton calls a 'framework.' Since his interest is mostly in what the poet/priest George Herbert called 'practical Christianity,' the frame is largely devotion: eucharist, the office (morning and evening prayer from the BCP which helps to sanctify our times) and private prayer. I found most compelling his account of 'recollection," 'the habit of turning to God throughout the working day.' To 'collect' mind, heart, will, soul and recognize God as present: this is itself a kind of 'missionary' act. We would err to suppose he values practices over doctrine or work. In fact this frame must laden, infused, with content drawn from the nature of God. And the frame makes it possible to balance empathy and distance from the culture in which we find ourselves. The proficient is a mature Christian with a conscious ministry in and to the world.
A final and practical implication: proficiency is a way of describing what we are most after in our effort to promote Christian education offered widely, but ambitiously, for lay people.
Peace,
+GRS