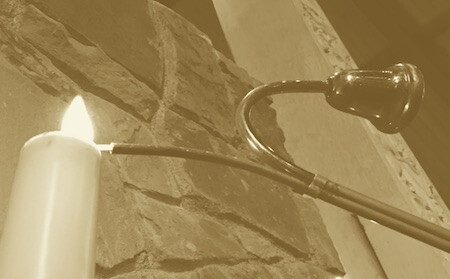 Here’s a piece adapted from my book, Priest in New York, that I’d like to share with you as we enter Lent.---    New to Saint Thomas Church in New York City, I was warned. “On Ash Wednesday, people will be coming in here all day. For ashes. You’ve never seen anything like it.”    Indeed I hadn’t. Along with the other clergy, I was assigned a couple of hours during the day to sit in a chair at the front of the nave, just below the chancel steps. Beside was a small table with a bowl of ashes, and an old worn out chalice purificator to wipe my thumb—not clean; it will take a couple of weeks before all the black ash comes out of the ridges of the thumbprint. For this, the clergy wear cassock, surplice, and purple stole; the surplice too needs washing when it’s over.    And the people come, about a hundred, 150 an hour; not a steady flood, but a continuous ebb and flow. I recognize only a few of them. Most of the congregation will want to come to a service, where they can receive ashes and the Eucharist, and hear the choir. These folk want the ashes.    They enter from Fifth Avenue through the Narthex. Some go immediately to a pew and kneel. Others walk slowly up the center aisle, then turn into a pew. The church is silent and awesome, the only sounds those of feet on stone and kneeling cushions sliding and the squeak of wood.    And, when someone comes to me, my voice. When they get close I stand, mark the cross on their forehead with ash, and say, Remember, O man, that dust thou art, and unto dust shalt thou return.    But just to say those words and nothing else seems both to them and to me unbearably impersonal. And so many of them, before I say anything, greet me with a “Hello, Father.” And after the words of imposition, they’ll make a sign of the cross and I’ll say “Peace” or “Peace be with you,” and they often say “Peace.” We do not hug or shake hands, however.    I think the oddest response to the words of imposition—which are, after all, a reminder of our mortality—is one that is surprisingly often given: “Thank you, Father.” I’ve just told someone that they are going to die, and they thank me! You wouldn’t say that to your doctor, would you? Yet they come, single people, pairs, families, groups from work, blue collar, executive, artsy—throughout the day they come, without ceasing, to receive this dirty mark on the head, the sign that says to the world not the forbidden boasting “I am fasting; I am a good person” (cf. Mt 6:16) but rather, “I am a Christian; I acknowledge I am going to die.” Sometimes the ash falls from my thumb onto their nose or cheek or their dress or shirt. That too is a sign: mortality is not neat, not to be controlled. To a hundred, 200 people I say: Remember, you are going to die.    Some of my friends think it superstition. It even may be that most of the people who “get ashed” in this way do not understand the meaning of “dust thou art.” But I wouldn’t stop doing it. Brian, a Dominican friend, once told of distributing ashes beside an old tottering priest who couldn’t remember the words. He was going from forehead to forehead saying, “This won’t hurt, and it might do some good.”---Out & about. On Ash Wednesday, I’ll be preaching at the traditional services at Church of the Incarnation, 3966 McKinney Ave., Dallas, which are at 7 a.m., noon, and 6 p.m.    Sunday, March 5, I’m preaching at St. Paul’s Church, 420 S. Coit Rd., Prosper, at 8:15 and 10:30 a.m., and teaching the adult class at 9:15. The class will include some over-all reflections on Losing Susan.    Monday, March 6, will be the second session (of three) on Losing Susan: Brain Disease, the Priest’s Wife, and the God Who Gives and Takes Away. This will be on Part II of the book. The class meets at 6 p.m., for one hour, at Church of the Incarnation.    Tuesday, March 7, I will be giving a talk on ancient notions of friendship, both Greek and Christian. This is at St. David of Wales, 623 Ector St., Denton. The talk is at 7 p.m., preceded (at 6) by stations and soup.    Saturday, March 11, I visit Athens to lead a retreat, “How God Is Love in Suffering, Caregiving, and Dying.” It begins at 9:30 a.m., at St. Matthias. Details are here.