43 The next day Jesus decided to go to Galilee. He found Philip and said to him, “Follow me.” 44 Now Philip was from Bethsaida, the city of Andrew and Peter. 45 Philip found Nathanael and said to him, “We have found him about whom Moses in the law and also the prophets wrote, Jesus son of Joseph from Nazareth.” 46 Nathanael said to him, “Can anything good come out of Nazareth?” Philip said to him, “Come and see.” 47 When Jesus saw Nathanael coming toward him, he said of him, “Here is truly an Israelite in whom there is no deceit!” 48 Nathanael asked him, “Where did you get to know me?” Jesus answered, “I saw you under the fig tree before Philip called you.” 49 Nathanael replied, “Rabbi, you are the Son of God! You are the King of Israel!” 50 Jesus answered, “Do you believe because I told you that I saw you under the fig tree? You will see greater things than these.” 51 And he said to him, “Very truly, I tell you, you will see heaven opened and the angels of God ascending and descending upon the Son of Man.” 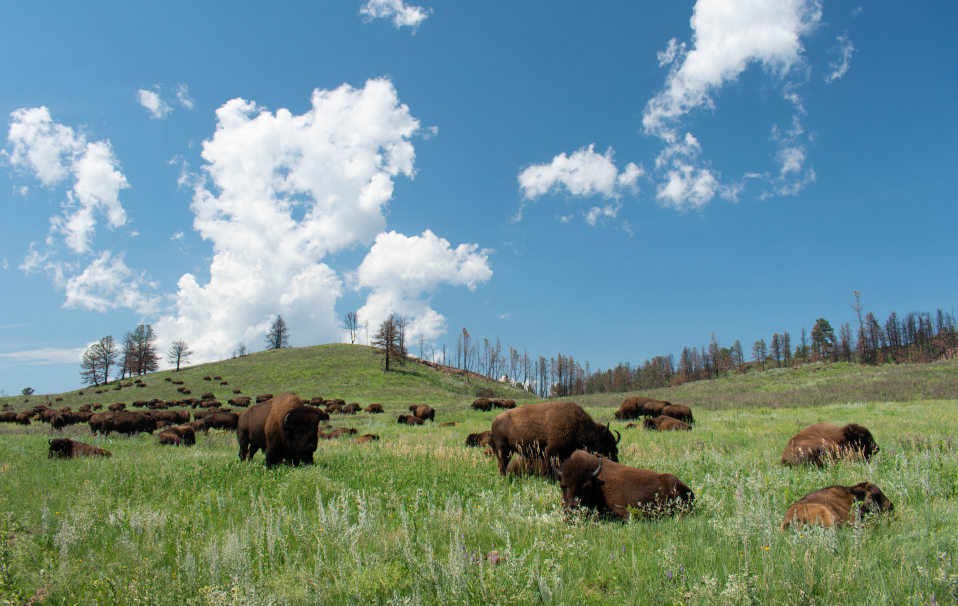 From ancient times and across cultures have been places recognized as axes mundior sacred sites where heaven meets earth, spiritual centers of the world for different peoples. The axis mundifor the Lakota people of the Great Plains of North America are the Black Hills of western South Dakota.  Referred to as the Paha Sapa, these hills covered with pine trees rise thousands of feet above the surrounding prairie. Long revered by several tribes, one version of the Lakota creation story identifies the Black Hills as the place where their ancestors emerged from the earth, making the place sacred as the center of their universe.

In the Christian Old Testament is the story of Jacob, the father of the twelve tribes of Israel. One time on a journey, Jacob camped under the stars with a stone for his pillow. During the night he dreamed that there was a ladder set up on the earth, reaching to heaven with angels ascending and descending on it. In the dream, Jacob heard the voice of God vow to fulfill the promise made to his grandfather Abraham, to make their descendants as numerous as the dust of the earth and that all the nations, tribes, and clans of the earth would be blessed through them. Upon awaking, Jacob declared, “Surely the LORD is in this place—and I did not know it! … How awesome is this place! This is none other than the house of God, and this is the gate of heaven” (Genesis 28:16-17).  Thus, “Jacob’s ladder” is recognized as an axis mundi, a place where heaven meets earth.

In today’s reading from the Gospel of John, not a place but a person, Jesus the Christ himself is identified as the axis mundi, where God and humans meet, and the occasion for the angels to ascend and descend. We who know Jesus are the recipients of the blessings promised through the twelve tribes of Israel. Like Jacob, we are often unaware and “do not know it,” but when we encounter Jesus, we stand at the very gate of heaven to meet the living God. How awesome is this place!

4 John the baptizer appeared in the wilderness, proclaiming a baptism of repentance for the forgiveness of sins. 5 And people from the whole Judean countryside and all the people of Jerusalem were going out to him, and were baptized by him in the river Jordan, confessing their sins. 6 Now John was clothed with camel’s hair, with a leather belt around his waist, and he ate locusts and wild honey. 7 He proclaimed, “The one who is more powerful than I is coming after me; I am not worthy to stoop down and untie the thong of his sandals. 8 I have baptized you with water; but he will baptize you with the Holy Spirit.” 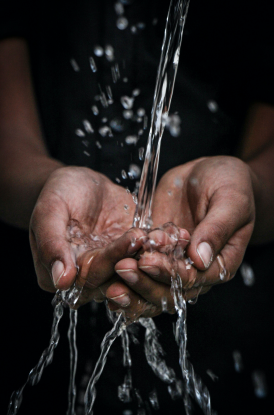 9 In those days Jesus came from Nazareth of Galilee and was baptized by John in the Jordan. 10 And just as he was coming up out of the water, he saw the heavens torn apart and the Spirit descending like a dove on him. 11 And a voice came from heaven, “You are my Son, the Beloved; with you I am well pleased.”

“Regard Heaven as your father, Earth as your mother and all things as your brothers and sisters” is a Native American proverb common to several tribes. In today’s gospel reading, the Father’s voice is heard from heaven as the beloved son Jesus emerges from a symbolic birth through the waters of the earth. Jesus is proclaimed as the beloved son who brings God much pleasure. Traditional Christian teaching is that Jesus is uniquely God’s only begotten son, but that as we are joined to him through repentance and faith in the waters of baptism we are adopted as God’s sons and daughters and become siblings of Jesus.

Adoption ceremonies have been observed by Native people of all nations to strengthen their circles of family, clan, and tribe. For example, the Wyandot people who lived on the shores of Lake Ontario in the fifteenth century and today are in Oklahoma and Quebec, had a special procedure for adoptions. The decision to adopt an outsider was made by the matriarch of the family. The adoption was not complete, however, until it was ratified by the clan chief when the adoptee was given a new name and officially welcomed as a member of the tribe.

For Christians, the sacrament of baptism is our adoption ceremony. Through baptism we become adopted sisters and brothers of Christ and members of a new family comprised of people from every tribe, nation, language, and race. Cyprian, a bishop of the third century in North Africa, declared that in the Christian family, God is our father and the Church is our mother. Baptismal fonts came to be understood as “wombs” where new Christians were born again into a new life and family.

This theme of adoption is also evident in Scripture: “When the fullness of time had come, God sent his Son, born of a woman, born under the law, in order to redeem those who were under the law, so that we might receive adoption as children. And because you are children, God has sent the Spirit of his Son into our hearts, crying, “Abba! Father!” So you are no longer a slave but a son or daughter, and if a son or daughter then also an heir, through God” (Galatians 4:4-7).

Membership into an adoptive family carries with it certain privileges and responsibilities. Among the privileges as heirs are “union with Christ in his death and resurrection, birth into God’s family the Church, forgiveness of sins, and new life in the Holy Spirit” (BCP, p. 858). Among the responsibilities are “continuing in the apostles’ teaching and fellowship, in the breaking of bread, and in the prayers” and “perseverance in resisting evil, and whenever we fall into sin, repentance and return to the Lord” and “proclamation by word and example of the Good News of God in Christ” and “the search and service of Christ in all persons, loving our neighbors as ourselves” and “striving for justice and peace among all people, and respecting the dignity of every human being” (BCP, p. 304-5).

We also are beloved! May our lives bring as much pleasure to God the Father as does that of our eldest brother, Jesus.