At a conference in a rainy city, damp and cold but not freezing, I was carrying around with me, as one does, hat and scarf and gloves and umbrella. After the final event of the day, I realized I did not have my umbrella. I looked in my backpack: no gloves either. I found the umbrella in the book exhibit. The gloves were nowhere.
The next day, on a chance, I returned to the previous day’s lunchspot. I opened the door, and before I could say anything, she said, “Did you leave your gloves here yesterday?”
“You have made my day,” I said. She opened a cabinet and returned them to their grateful owner.
---
What was most wonderful was not the finding of the gloves but being offered them before I had a chance even to ask.
---
Which parable is this?
She lost a coin; she swept her room clean; she found the coin; she rejoiced.
He took his inheritance and ran; he came to the end of his wits; he practiced to himself the speech he would make to his father; before he could get the words out, his father embraced him.
---
There is an overflowingness in God. His goodness races out towards us. He gives us what we want sometimes even before we can say a word.
---
Out & About. This Sunday I will be preaching at St. Matthew’s Cathedral, 5100 Ross Ave., Dallas, at 8 and 10:30 a.m. At 9:30 a.m. I will begin a five-week class on the Song of Songs.
Saturday, Jan. 20, at 1 p.m. I begin a five-session course in Christian Ethics, offered at the Stanton Center at the cathedral. Each class is three hours, with one class per month through May. This course requires registration; info here.
The lunch place, by the way, was Garden Bar in Portland, Ore., and I had eaten the Garden Bar-B-Q salad. The research continues. 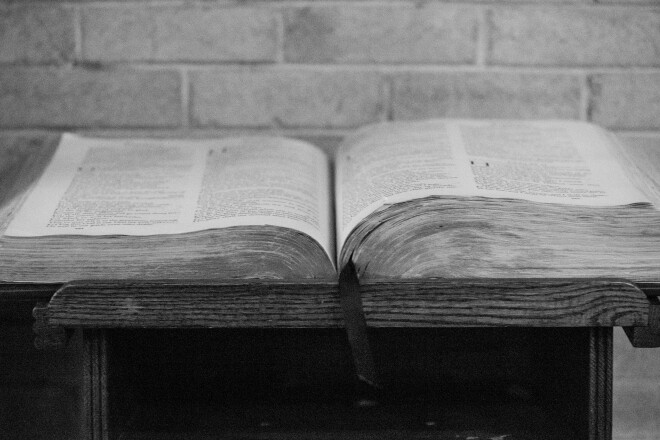 I have a friend who, when he was a young boy, learned that Baby Jesus was not supposed to be in the creche before Christmas Eve. My friend got the point: Baby Jesus goes into the creche at Christmas, and not before.

But he was very young. So when his family visited other homes in the weeks leading up to Christmas, if he saw Baby Jesus in a creche, he just took him out and hid him somewhere in the house. He didn’t tell anyone that he was doing it, and he didn’t tell them where Jesus had been hidden. He just knew Jesus needed to hide away until Christmas.
---
The stories here start to multiply. In one home, Baby Jesus was never found, not that Christmas, not at a future Christmas, not even when the residents had moved out and died. In this case, Jesus was hidden for good.

In another, the creche figures had been made out of some sort of dough, baked and then painted. This hidden Jesus was sniffed out by the house canine, who enjoyed a small bite and some chewing (but left enough for the corpse to be identified).
---

I’m reminded of the best nearly-unknown novel of the last century, J. F. Powers’s Morte d’Urban. Powers wrote finely-grained, deadpan hilarious stories of Roman Catholic clergy life. At one point in this novel—which won the National Book Award in 1963—Baby Jesus disappears from the creche, and Father Urban knows who did it: that new priest in the rectory. (I’ll stop there because you have to read it to get it.) (Which I recommend, that is, getting it to read it.)

What my friend did as a very young lad was both wrong and right: wrong, to mess around with creches without talking it through, yet right, to see that the Christmas story has built into it the tension of delay. The Word was hidden away—God had never been seen in the world—and then, on Christmas, he appeared for our adoration and salvation.

And despite that, we can hide him away and thwart his appearing. He can be buried in our home and never seen. He can be, as it were, turned over to the dogs.
Christians need both to wait for Jesus and not to hide him.
---
Out & About. On Sunday, January 14, I will start a multi-week Sunday class on the Song of Songs. In Losing Susan I have claimed that this is the second-best book of the Bible, yet it is notoriously ignored today. The class will be at 9:30 a.m. at St. Matthew’s Cathedral in Dallas.

My sermon on December 31 at Incarnation in Dallas will be posted here.

On the Web. I review David Bentley Hart’s new translation of the New Testament in the January issue of The New Criterion. If you can get behind the paywall, you will see that my review is mixed.