This week started off with Morning Prayer and bible study with the staff at St. John’s. There was a car accident part-way through the service, after which the police wanted to review the records on our outdoor camera. We were able to provide decisive evidence in the case. 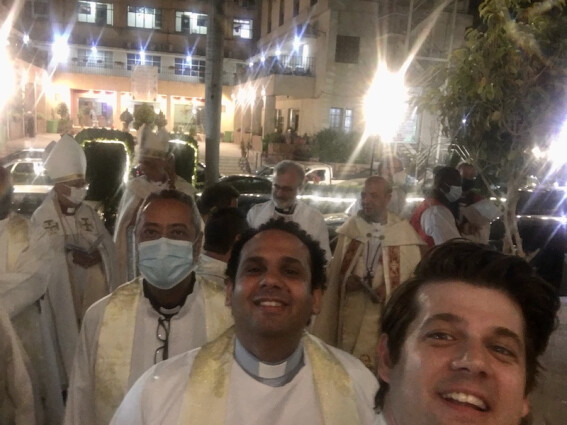 On Tuesday, Bishop Anthony was consecrated as the province’s assisting bishop. From what I understand, a group of people from the diocese are planning to travel with the new Assisting Bishop to visit Gambella to host a synod for the clergy, license lay ministers, and to do some confirmation and baptisms. I haven’t received any news from my last letter regarding any changes in the political climate in Ethiopia, but I hope that things are such that they will be able to travel.

As mentioned before, on Thursdays the clergy celebrate the Eucharist together and then have a short breakfast meeting. The Archbishop’s mother-in-law passed away that evening, so everything halted for the funeral. The family and the clergy gathered to be with him and his wife as they grieved their loss. I worried that my attendance meant that I was simply there to observe Egypt’s funerary practices rather than show my support for Madame Samir, the Archbishop’s wife. This concern was confirmed when a priest said to me after the funeral, in an impressed tone, that I was seeing everything I could while I am in Egypt. Though I don’t have a long-time relationship with the Archbishop, I felt that I was simply showing respect and sympathy for my host during a time of need. My host just happens to also be the bishop under whose authority I act as a minister. It also seemed obvious that I would go to share the concerns of my brother-in Christ (Gal 6:2; cf Acts 2:44), especially since I live across the street from the Cathedral where the funeral was held. 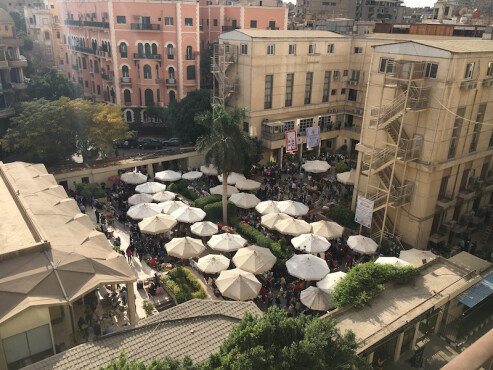 The following day at St. John’s we celebrated the Second “Friday” of Advent, after which we invited congregants to go to the Cathedral to attend its annual Christmas Bazaar. We got a couple of taxis to take a bunch of us there. The bazaar was massively attended and in a way that would certainly give fright to anyone worried about Covid (at least, most people wore masks). The proceeds from the event went to benefit Egyptian charities. There were vendors selling all kinds of things from jewelry, to Egyptian textiles, to Christmas ornaments (no; there are no Christmas trees in Egypt). This Sunday I’ll be preaching at Good Shepherd’s in Giza where Fr. Michelle is rector. This will be my first time preaching with a translator, so we’ll see how it goes. 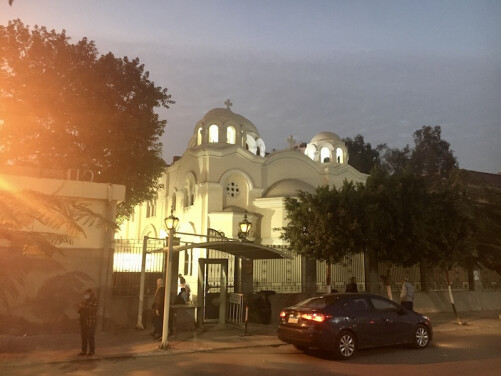 I have begun serving as locum for the English-speaking congregation in Ma’adi, St. John the Baptist’s. Ma’adi has traditionally been a place where foreigners live, but it is also populated by locals and refugees. There are three Anglican services at St. John’s (English-language, Egyptian, Sudanese), though four other congregations rent the building to do all the things churches do. It’s a pretty busy campus because so many people use the church compound throughout the week. The Egyptian and Sudanese services are both held in Arabic, which means being a pastor in the full relational senses requires that I learn Arabic. 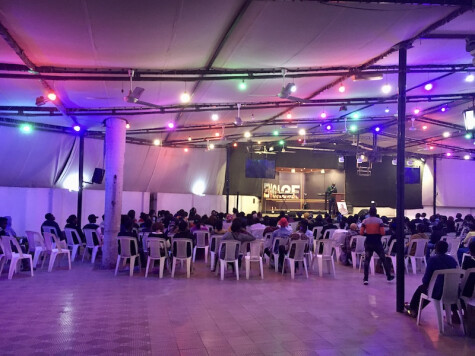 In Dallas, we observe the traditional mass of collegiality; but, in Cairo, we have mass and breakfast with one another once a week. Breakfast closes with announcements from the Archbishop followed by prayer. The Bishop is meant to pastor the priests, and the sacramental bond that we share in the priesthood to the bishop is an instrument of his/her episcopal orders. My ministry, technically, is an extension of the action of the Bishop on whose behalf I am a pastor, hence the recent invention of “alternative oversight” wherein I seek to extend the ministry of a Bishop whose beliefs and practices I prefer. The individualization and subjectivization of the priesthood along the lines of conscience is, of course, a historical novelty. In the U.S. church governance is adapting to felt cultural necessity, but here it is interesting to actually see the unity that clergy have with the Bishop, indeed, along the lines of faith but also in terms of friendship. In the U.S., it seems that priests very rarely make time to make friends with their peers and often suffer from loneliness and exhaustion. There are no doubt plenty of the same banal vanities and competitiveness that divide clergy back home moving under the surface here, too, and all in ways that I, as a non-Egyptian, cannot intuit or see. Regardless, they are not divided by faith in the ways that really matter, and that seems to make it possible to meaningfully engage the tedium of other uncertainties and differences that have to be sorted out. Of course, I have only been here for just over two weeks, so what do I know? Honor is also a major cultural thing here that still applies to clergy, whereas in America it does not and our evaluative frameworks for one another shares in the corporate pragmatic culture that permits more open critique of one’s colleagues. There is that difference, too.

I attended a council meeting this week composed of representatives from each of the Christian Churches (Coptic Orthodox, Coptic Catholic, Anglican, and Presbyterian) in Egypt. The meeting opened with prayer and a time of Biblical reflection which was followed by lunch and a lot of tea. They meet weekly to plan ecumenical activities, but I was told that the practice of simply being together was just as important to them. Being together, simply showing up and being at the meeting, is important because the relationships that exist between these Churches do not exist outside the meeting. The group hopes that meeting and sharing in this way over time will change the way that Christians relate to one another in Egypt. 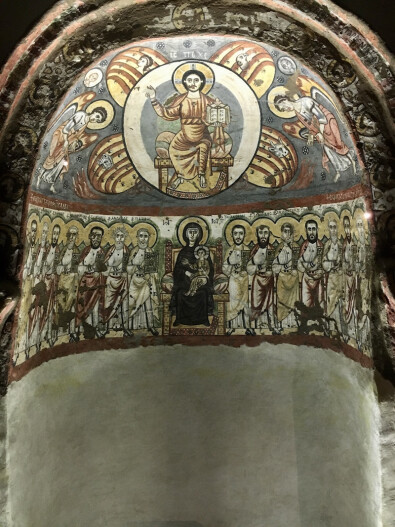 The next day, some Americans stopped by to host a book launch and dinner at the Cathedral which was attended by the clergy and their families. I really enjoyed the grape leaves. During the day, I worked on my sermon and began planning some Advent and Christmas activities for St. John’s. The following day, on my way to vestry, I stopped by the Coptic Museum in hopes of seeing the oldest complete Coptic Psalter, the Mudil Codex (4th c.), but it was not on display at the time for some reason. I did get to see a bunch of icons from the 4th-5th century, though, and that was pretty rad.

Other ways you can help: