In the early months of my first attending an Episcopal Church, I thought the title was odd. “The Book of Common Prayer,” it said, which struck me as rather dull. Why “common”? Common stuff is uninteresting stuff, it’s what always happens. I didn’t get it. Why have a book of dull prayers, of everyday prayers?    Yet I liked the prayers; they were far from uninteresting. They used old language, or everyday words in unusual senses. Over the year I learned about God “preventing” us, which didn’t only mean getting in our way as a sort of Providential care (keeping us from doing bad things), but actually going ahead of us. Which is to say, I learned that “prevent” has an old meaning of “go before” or “go in front of.” There was a line about Jesus’ sacrifice and our giving thanks “for the innumerable benefits procured unto us by the same.” “By the same”: I never talked that way, but what lovely words! This wasn’t common, ordinary speech. This was intense and deep and extraordinary.    So then when was it, a year later perhaps? The dawning came that “common” in “common prayer” did not mean ordinary (as opposed to special). It means “shared,” as we say when something is “in common.” (You may think someone as slow as I am should never have been let out of college. But there it is. I didn’t get it for a long, long time.)    The Book of Common Prayer has the prayers that are “in common,” prayers for all the people. I learned later that the ordination rites were not originally part of the BCP, and the title page usually indicates that the Psalter is added onto the Common Prayer. Most basically, then (and setting aside for now confirmation and marriage, and litanies and forms for special occasions), the BCP is Morning and Evening Prayer, Holy Communion, and Baptism and Burial.---    The common is what we share, and it identifies us as who we are.    The church is that society wherein prayer is said daily and Communion is had weekly (sometimes, of course, more than weekly). One enters that society through Baptism. One does not leave that society at death, for the church is not a human institution. But at death one passes with hope to another part of that society, and one’s passing on is marked by the Burial of the Dead.    Daily prayers. Communion. Baptism. Burial. This is what’s common to every one of us, and it is the most important thing to say about us. The common is more important than the unusual or the particular.---    I was a relatively new priest when a senior colleague and friend pointed out to me a striking feature of the traditional BCP Burial service. It had no place for a sermon or homily, no place to say anything about the person who had died. The only thing said about him or her, in particular, was his or her name. Everything else was common: We bring nothing into this world and we take nothing from it; blessed are the dead who die in the Lord; and so forth. The prayers were constructed as appeals to the saving work of Jesus, himself dead and risen and now reigning on high. The scriptures were selected as foundation texts for those beliefs. The entire service was not about what this person had done in life, but about what Jesus has done; and with that context, the service was a turning over of this person to God.    At your death, this is what’s important: what’s common to all Christians. There is a place within the common for our special contributions to the whole. We have various talents, and we will be responsible for what we have done with them. Remember 1 Corinthians 3:12-15! But those particularities have no significance whatsoever apart from the common things of the church: our Triune God; the Incarnation of the Word; the Cross, the Resurrection, the Ascension; the entire stretch of cosmic history under the final judgment; the hope of a resurrected body and eternal life in the Spirit.---    This is another way to see why theology matters. Theology helps us grasp the common in common prayer. 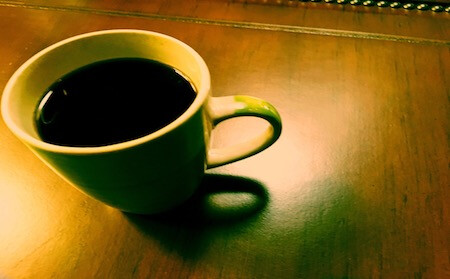 I don’t look down my nose at Starbucks—I’m old enough to remember the world before they came along, when coffee sat in pots all day long just getting thicker. Nonetheless, I like to find local coffee places that are truly local. They have the color, the “taste” if you will, of their communities.    In Santa Fe there’s one I always visit. Last week the clerk had something like a miniature horseshoe hanging from her nose; the posters and the restrooms were happily promoting gender fluidity; and a local artist’s work (montages of city scenes) was hung for sale. The coffee was high-altitude perfect, the granola homemade and heavily nutty, and the quiche fantastic. I luckily got the last slice.    Some five hundred miles away, I have found a coffee shop in my old hometown. Out front it has a dinosaur—or, I thought it was a dinosaur until I read the signage. This, it says more or less, is a model of an animal that was alive about five thousand years ago somewhere in Asia. Alongside the non-dinosaur, I then notice, are the Ten Commandments. Inside, there are Bible books for children and self-help books for adults in various aspects of life, all sunnily promoting their Christian perspective. There are tables, free wifi, people talking and a few on their computers.    And the coffee is perfect: every cup a “pour-over,” made to order, or one of the standard espresso drinks. It could hardly be more different than that coffee shop in Santa Fe, and yet the coffee is worth the even-higher price.---    If you know me at all, you know I am not a relativist. The Gospel is the same in all times and for all people. Jesus died for the people in any town you might visit, and submission to Christ the King is required of all who would receive the Gospel, without exception.    Still I find it amazing to think of the striking differences, and the equally-striking samenesses, of these two coffee houses. Each embraces its community with a certain affection, opening a common space that can be shared. And each offers quality.    You can learn a lot about a community by finding a local coffee house. It makes me ponder how the Gospel—the good Gospel, the one that’s freshly poured-over just for you—how that Gospel can grow in any particular place.